Abraham Lincoln was Jesus Feliciano's firstborn son, and as such he became the first king of America (the planet which we now know as Globe Prime). Lincoln was described as an extraordinarily tall and thin man with an equally tall hat and unique facial hair. 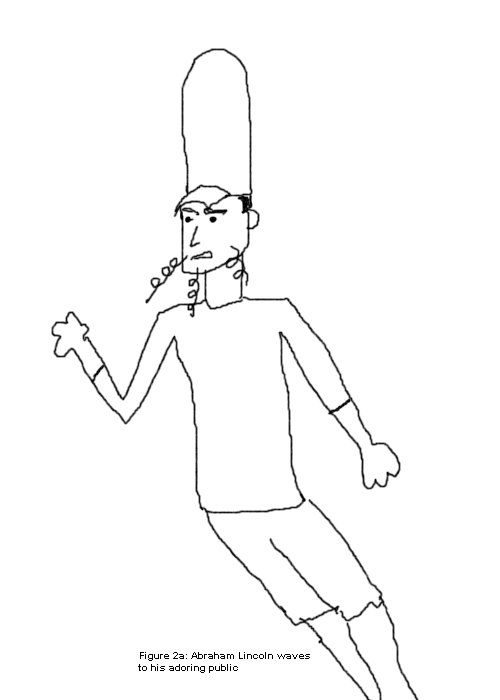 Lincoln lived in a house made entirely of logs. This revolutionized the way people thought of shelter. Previously, it was customary to build a house and live a few feet to either side of it. 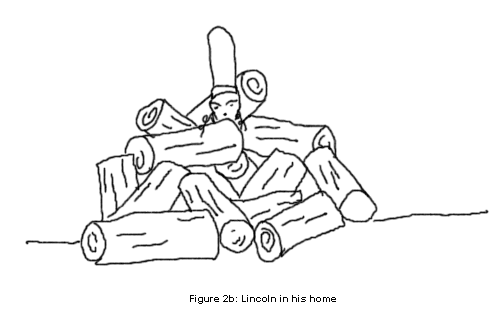 Lincoln is generally considered the greatest king in America's history. His reign lasted 89 years and was chock full of significant achievements. The first curse word. Skipping. The world's largest ball of twine.

While much of Lincoln's reign was full of prosperity and growth, the only physical conflict between men in history took place during his rule. Lincoln singlehandedly confronted and defeated all those who practiced slavery and other acts of BSDM which involved tying people up, placing gags in their mouths, and forcing them to be submissive to their master. 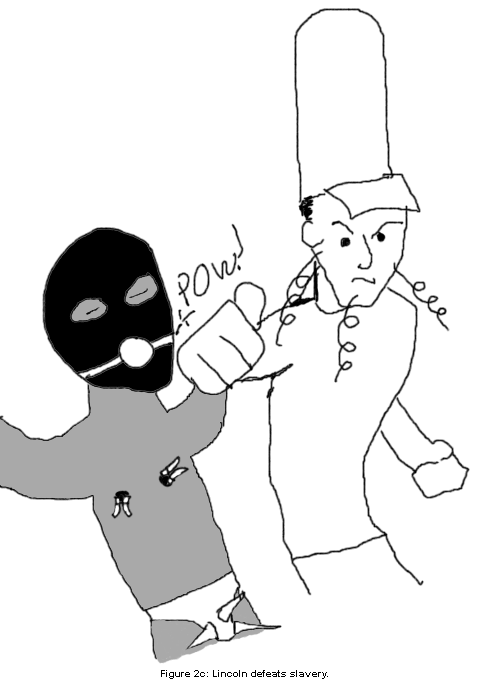 Upon its conclusion, this horrific conflict was dubbed the Civilized War because civilized society had won. Lincoln emerged from the war a hero and stepped down from his position of power, knowing that nothing he could do would top this crowning achievement. Now a private citizen, Lincoln devoted his time to supporting the local arts by attending plays and sitting in chairs while remaining oblivious to anyone who snuck up on him.