Wait, what is going on the picture on the J-List website? 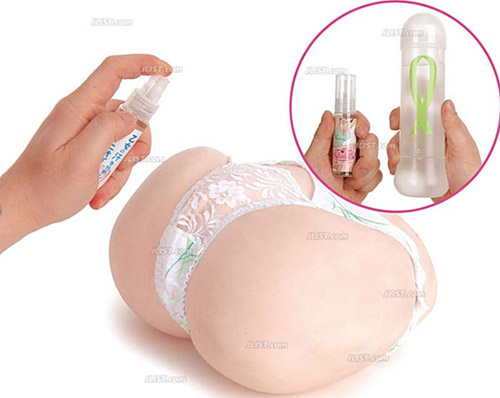 Apparently you spray this stuff on the pair of panties you have wrapped around your body-horror computer from eXistenZ. Since I didn't have one of those I decided to apply the spray to my Whopper. 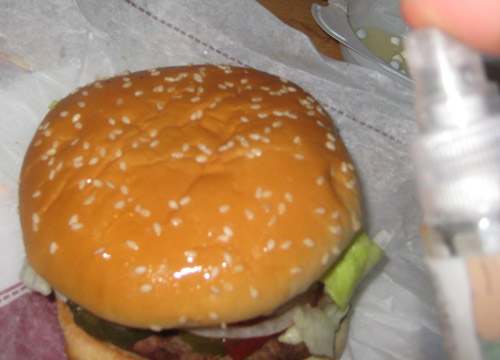 For your future reference, hot females having sweaty sex smells a lot like liquid mothballs. I gave the Whopper a liberal coating to make it as enchanting as possible. The hamburger smell was annihilated. The kitchen smelled like going through boxes in an old lady's attic. So if you ever need to conceal the smell of a hamburger in a retirement home, this is a good bet.

The next thing I pulled from the box looked like a bottle of shampoo, but a closer look revealed a key detail: 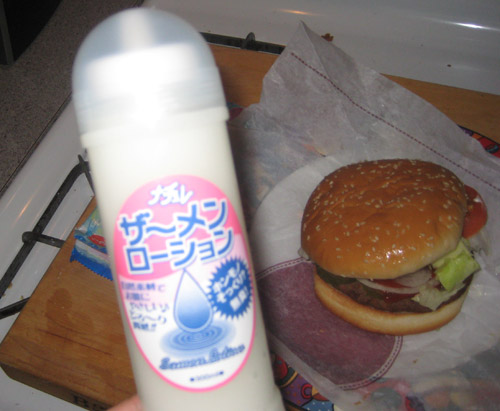 I am into humiliating my hamburgers... 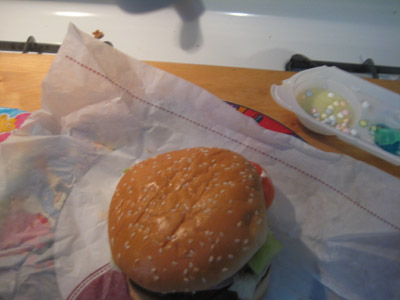 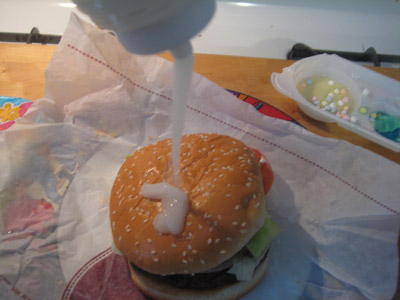 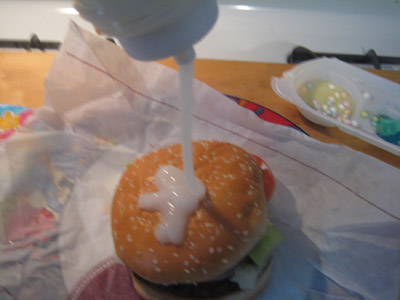 Whoa, whoa, too much. 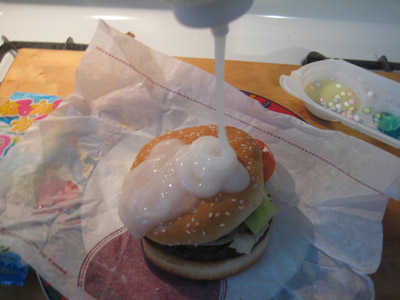 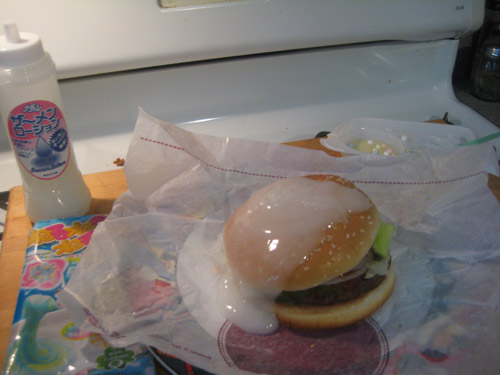 The end result of this was a hamburger that looked like it was washing its hair and smelled like grandma's winter coats. Yum! I searched the packages for both items to see if there was a warning about not eating them, like maybe a skull with huge eye sockets or something, but there was nothing. I had emailed Peter the day before to see if it was safe, but he still hadn't gotten back to me on that, so I did what I had to do.

I took a bite.