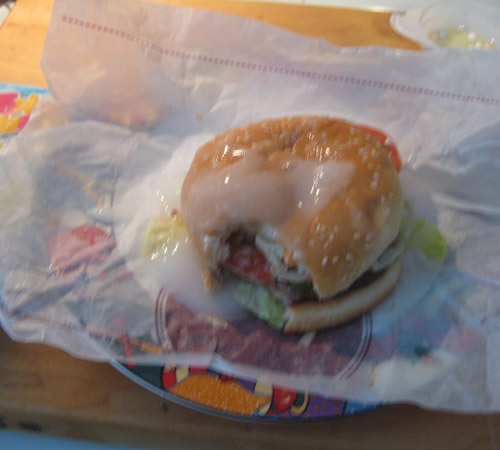 I would describe the taste as what you would expect if you licked the oil off the machine parts in a gun. It seemed very industrial. I decided to add a little sweetness from the Popin' Cookin' kitchen, but after I dumped out the packet I was unable to go through with another bite. 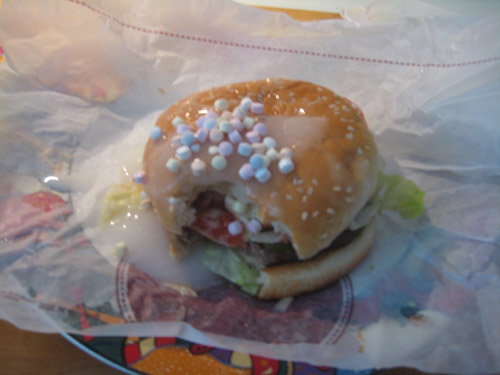 I didn't feel very good after the one bite so I put the Whopper aside and checked the box for anything else. There was one other thing, quite heavy, with a disturbing appearance. 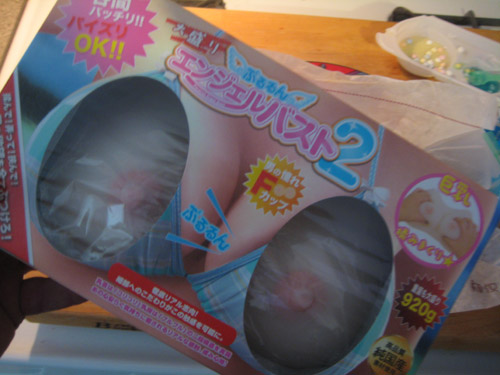 I turned it over. Apparently it was a pair of fake boobs that you can place censored carrots between. 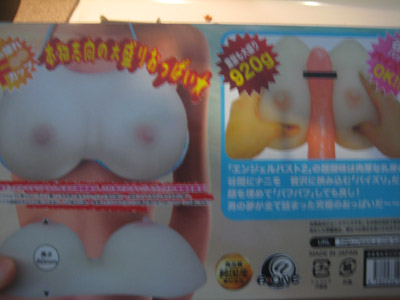 I didn't have any carrots, so I put one of my #24 Jeff Gordon energy drinks there. It seemed like it would stay there pretty well, so if there was an earthquake or you were in a car doing a power slide around a turn I think these fake boobs would hold onto your drink pretty well. 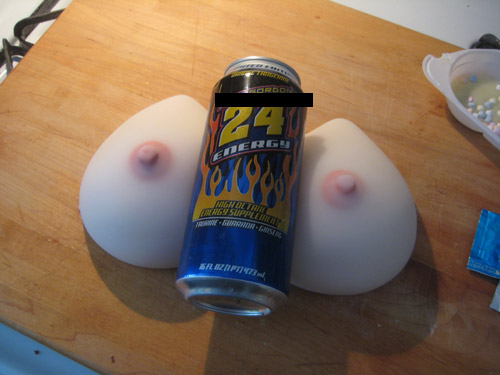 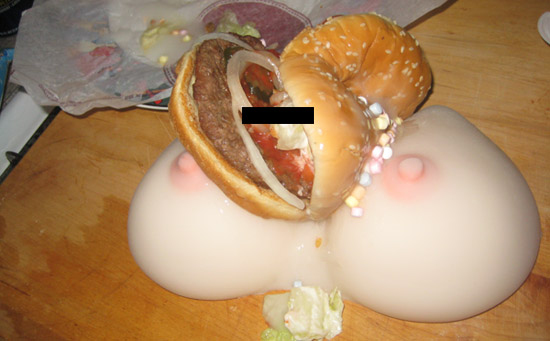 ...as a sloppy Whopper holder.

But I'll store my Whoppers in his tits.