I Will Protect Joss Whedon. I Will Do Whatever It Takes 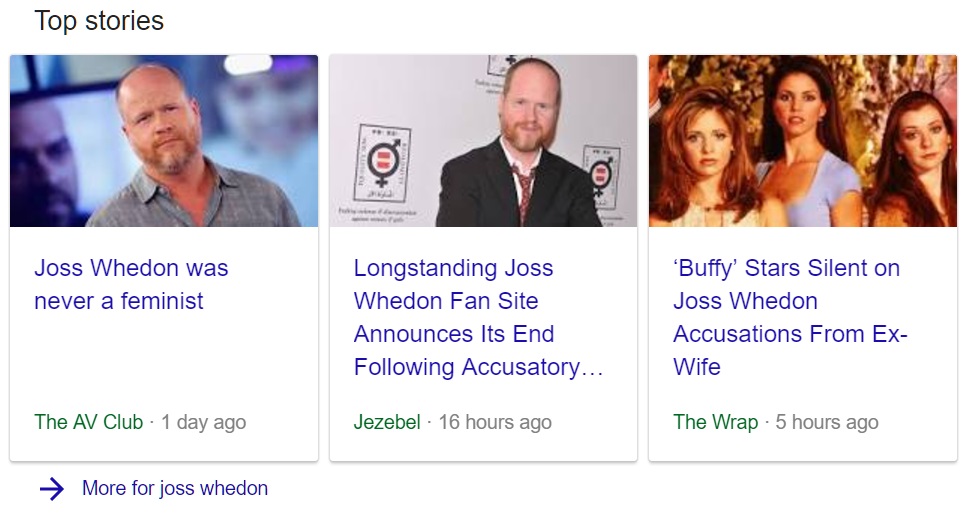 The reason Joss Whedon is in the news this week is that his ex wife is claiming that he told all the leather wearing combat girls from his tv shows and movies and youtube vlogs that his dick was a ph test and he needed to see how acidic the bottom of their vaginas were. Basically, to put it another way, he took his penis, and he put it inside their vaginas, and he moved it back and forth to get pleasure, and then he suddenly put it in all the way and opened his mouth and eyes really white and shot out white cum.

I thought Cabin in the Woods was alright.

Joss Whedon has come under FIRE for cheating on his wife for over 50 years with women he was in a power imbalance relationship with. This contrasts sharply with Joss Whedon's public image of being a guy who says he's feminist whenever a magazine interviewer is nearby. Feminist triumphs of Joss Whedon include not forcing Sarah Michelle Gellar to wear the full hijab during filming of Buffy, directing the unreleased episode of Firefly [Damn you, Fox!!] where the camera zoomed in on River Tam wearing some leather and she stamped on Mal's balls for thirty minutes while she called him "Mal Whedon", and refusing to have sex unless it's with a woman.

I'm a few paragraphs into this article and I haven't linked another article. I've failed you all as a writer, so check it out: here it is. Oh shit, I didn't even read Joss Whedon's explanation for his actions. Apparently it was society's fault. Well shit... fuck... never thought it could've been society's fault... christ... I fucked up...

In conclusion, Joss Whedon has one long pubic hair that is half orange and half grey. When it's humid, it curls up and tightens around the base of his penis, causing his glans to swell up to twice its normal size. This increases the amount of pleasure his sexual partners feel, while also providing a "numbing" effect to his penis, allowing Joss Whedon to more effectively prolong his orgasms.