Stop Breaking the Internet, You Hoodlums, Ruffians, and Virtual Villains! 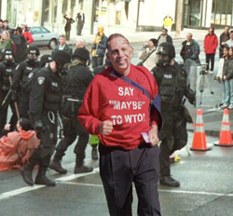 Greetings ladies and... well, merely the ladies! I am the esteemed protector of truth and justice, Leonard "J." Crabs, Legal Lawyer Attorney at Legal Lawyer Law. I have represented Something Awful and Rich "Lowtax" Kyanka since he was just a tiny toddler chained to the space heater in the back of my Legal Attack Van, bawling his sissy little eyes out while I traversed from one Canadian village to the next, freeing their inhabitants from the evil Monarchy of Queen Canaidia by spraying them fire a high pressure firehose and stealing everything not nailed down. Ah, I remember the halcyon times of the past that we shared, shortly before I "shaped up" and agreed to publicly defend carbon-based lifeform clients. I gained some of my most prized legal experience in those seven decades, having established an impressive legal reputation from such important cases as "Marlo and Marlo's Wig Store vs. The NASA Space Program," "Ed Jorborksi vs. The City of Atlantis," and "The People vs. The People's Crazy Drunk Uncle Who Broke The People's Fancy New Stereo System After He Spilled a Pint of Portland Pale Ale Into It." I have been publicly and privately defending Mr. Kyanka and his Inter-web site Something Awful for the past 20 years or 30,000 miles, whichever comes first.

Recently I received this formal email from Mr. Rich "Lowtax" Kyanka, prompting me to briefly exit my Legal Defense Cave of Justice (which some of you more ignorant saps may mistake for the men's dressing room at Sears) just long enough to provide this update. The following is an abridged excerpt of the message sent to me, printed in its entirety:

From: Rich "Lowtax" Kyanka
Subject: Yo Leonard, could you please do me a favor?

It's been pretty long since we've hung out. I guess the last time we met was when I was getting sued by that Kansas couple who were mad because I actively encouraged their kid to switch to homosexuality and then commit suicide. Remember that? I showed up in the courtroom, and due to some kind of crazy legal mixup, you were representing both myself and the plaintiff! Then I found out that you were also the Kansas couple! And the judge! Thanks to your legal expertise, I got out of that lawsuit fairly quickly. By the way, did they ever find the corpse of the real judge, or did the patented "Leonard Crabs Big Fire Burnin' Machine" work as you claimed?

Regardless, I'd like to ask you a large favor. As I might've mentioned to you before, the week of June 17th through June 23rd is going to be "PROJECT: Go Away" week on my site, dedicated to getting as many people as possible to stop visiting Something Awful. The Internet economy is simply nonexistent at this point; there is no way to make money through advertising. Nobody wants to advertise, nobody pays for advertising, and the techniques of shoving ads down viewers' throats are getting more obnoxious by the second. Although I appreciate any and all donations to keep this site alive, I'm afraid there simply hasn't been enough donors to keep the site going. Thanks to clueless advertising morons, the financial model of the Internet is completely destroyed. While SA continues to operate as a "nonprofit" site and lose money, the audience continues to grow. This larger amount of traffic creates larger bandwidth bills, and it is quickly becoming impractical to spend all my free time and money on a site that gives me nothing in return but bills and spam mail. There are simply no ways to get around this; bandwidth is expensive and advertising is dead. The only option left is to alienate enough viewers into leaving the site forever, thereby lowering my bills and the cost of the server. I plan on doing this by producing horrible content, annoying features, and absolutely anything that will get people to stop reading my site.

On a completely unrelated note, would you like to write the daily update for June 20th? 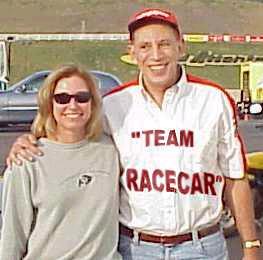 Needless to say, my wrinkled and shriveled eyes soon began producing a thick stream of tears and a substance which strangely enough had the consistency of motor oil or possibly raspberry preserves. Poor Rich, spending on his free time on a project which just saps all his money and creative juices from him like the Horrible Atomic Space Bear which visits me at night, stealing my thoughts and replacing them with vouchers for Rent-A-Center foutons! How could The Inter-web, which has brought so much information and chunks of steaming joy to so many people, be a failing business model? I shall be the first to admit that I know not much about the Inter-web; this media was not built for people of my stature and immense legal power, which can be channeled into a white-hot fireball that can penetrate several layers of brick walls. I was going to start an organization about a year ago, named the "American Smart Lawyers," but I eventually gave up on this pursuit. Why? Well I did a preliminary search for "American Smart Lawyers" and its acronym "ASL" on the AOL Inter-web search, and found a link to a "chat room." Not knowing the rough and tumble world of the eCyberInteractiveVirtualWildWildWestMichiganOnlineTechnoChatrooms, I was unprepared for the cryptic dialogue that ensued during my search to find any information regarding my "ASL" organization. Observe this text transcript, which I copied as proof:

Sadly enough, at that point my Inter-web connection disintegrated like month-old bologna, causing me to disconnect and give up all hopes of starting my ASL coalition of steel-hearted legal warriors who defended the undefendable, much like "The A-Team" only with significantly less emphasis on creating a scrap metal weapon which launches a series of potatoes at an oppressive Mexican army. However, I firmly believe I witnessed enough to gather a subjective series of objective opinions, thereby allowing me to comment on the current state of the Inter-web. The following is my opinion regarding the collapse of the Inter-web and the reasons behind it.

Simply put, the Inter-web is failing because online corporations are far too generous. In a single "log on" session during my riveting AOL experience, I was offered the following exciting items:

The monetary amount of $20 upon successful completion of physically assaulting a small monkey who continuously traveled in a horizontal line across my monitor. I am not sure what this monkey did wrong to demand such a harsh and extreme punishment, and I did not in fact beat him to find out. Last time I hit a monkey I was promptly jailed, although the circumstances in that case were quite different, as the monkey was actually a human being who was in fact the mayor of a large metropolitan town.

A "free gift" that had been apparently waiting for me for quite some time! Who could've sent me such a wonderful thing? Ed and Margaret, was it you two? If so, I'm not going to open it, under fear of revenge for the time I replaced your Folger's Crystals coffee with poisonous African Spitting Beetles.

The attempt to "optimize" my Inter-web connection speed! While I appreciated this opportunity, I was forced to decline, as there is a direct relationship between the speed of my computer and the amount of gamma radiation that is emitted into my brain. Let me tell you, kind readers, that I got more than enough gamma radiation at GammaCon 2001 back in February, and I am growing more and more tired of constantly hearing the government's advice on whether or not I should attempt to kill Tom Bosley (they claim I should, but I in fact disagree!).

An alert that I in fact had "one message(s)" waiting for me! Who could've known that I was on the Inter-web at that point and time, giving them the chance to send me an electronic message? I suspect it was none other than Ed and Margaret, and if you two are reading this, let me just say that your daughter lies and you shouldn't believe any of the malicious falsehoods that she is so eager to spread. First off, I have had an erection problem for well over 15 years, so even if I WAS visiting her that night, there would be no way I could actually break holes in your drywall with my manhood. Your daughter obviously has severe mental problems, and I recommend a good four-month stay for her in a moderately successful Clown College of some sort.

To add a quick "jab in the eye" to this already monstrous assortment of items to mentally feast upon, let me also reveal that each of these stellar offers were presented to me in a time frame no greater than 50 seconds! Yes, gentle Yetis, that is correct; I had received notice of all these charitable offers within less than a minute of time from my "log on"! A simple review of basic Capitalism reveals that a company MUST pull in more money than they spend in order to survive in this rough and tumble economic fishbowl. How can these companies and the Inter-web in general survive if they are continuing to be so generous in nature? One cannot continue to freely distribute such valuable products and services without facing dire consequences and perhaps even the result of losing one's polyester pants in the following anarchy.

So there is my critical assessment of why this Inter-web is currently failing. While I may feel pity for Rich "Lowtax" Kyanka, who has taken it upon himself to continuously deliver so-called "entertainment" to many people without charging them, I feel absolutely no pity for him whatsoever. Just like punching a monkey and obtaining prizes which were intended for myself but probably contain an object which causes my key internal organs to detonate when touching, one cannot continue to give away free items while losing money! It is just not economically viable, my good friends! I once played the part of an economist on a closed circuit camera at 7-11, so you may rest assured that I know in fact what I speak of, gentle giants!