I notice that we sell opened games as “new” and this seems like a highly questionable business practice that angers customers! Help! 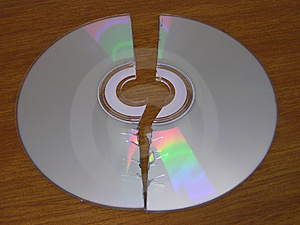 Here at GameStop we give new meaning to the word "used." Well Sandy, “questionable business practices” is our motto. Would you rather have us leave our games out on the floor where people, people, can touch them? Ever since our “Talk About Final Fantasy and Get Beaten with a Garden Hose Full of Birdshot” days, we’ve learned that gamers are used to being treated like garbage and in fact many are sexually excited by this prospect. If a customer refuses to buy an opened game and instead asks you for a copy still in its original factory seal, calmly explain to them that the game they are purchasing has been “gutted” so filthy cretins much like themselves won't be tempted to open the casing and steal the product they claim to have the money for. If belligerency continues, inform the customer that they would be welcome to shop at Wal-Mart or a larger chain store, but that these stores do not carry the titles they seek such as Rape Rape Rape Middle School 4: Innocence Lost. Then run a rusty paper clip (included in your training packet) up and down the disc while massaging your genitalia through your clothes. They’ll get the picture.

Just how many stickers should I place on the case of every new game? Help!

Well Stevie, some people think they don’t need our help when trying to find a game. These same people also don’t like to take advantage of our great deals. This is why every plastic case should have the following nine stickers affixed to it:

“You could save up to 5% on used NES cleaning kits! Ask a Game Advisor!”

“It is possible that you need a memory card?”

“Also, do you have a television? We don’t sell them here but I’m just sayin’.”

“Your girlfriend will love our cardboard standees currently taking up valuable dumpster space!”

”Reserve the sequel which may or may not exist in the future!”

“How the hell do you beat the second level in Teenage Mutant Ninja Turtles? Jesus Christ that dam is a real son of a bitch. Ask a Game Advisor!”

If done correctly, only 5% of the game’s actual cover will be showing. Is that a boob? Somalia? A boob that is exploding in the shape of Somalia? No one will know but you, Game Advisor, and while you’re carefully peeling off stickers with our handy GameStop Chemical Solvent Kit (distributed during training) you can use the highly toxic fumes generated to lure the customer into the purchase of several hundred Neo-Geo Pocket Colors. We need to unload these pieces of shit on some asshole.