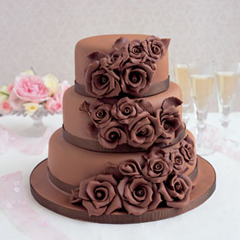 Perhaps some backstory is in order.

This tale begins, as they so often seem to do, with the SomethingAwful forums. I was idly browsing one day, avoiding work as usual, when a thread caught my eye. The title was simple. "You know what I like the most? Cake farts." I was puzzled. I am not provincial or ignorant. I am well schooled both cakes and farts, and frequently produce piping hot and aromatic examples of each. Still, I couldn't for the life of me think how cakes and farts might be combined in a superlatively pleasing pastime. I entered the thread. There was a link to YouTube. I was curious. I clicked. I watched.

As it happens, "cake farts"--or, if you prefer the gerund, "cakefarting"--is pornography of women farting onto cakes. This video was the king of its kind. It was the archetype. The Ur-cakefart.

If you've been lucky enough to avoid watching it until now, allow me to set the stage:

A camera pans around an unassuming chocolate cake sitting on a kitchen counter. After a few seconds it cuts abruptly to the face of the film's star, a rather fetching young harlot who would look almost attractive if it weren't for her haphazardly cascading teeth and meth addled smile.

"You know what I like the most?" she croons, with the sort of coquettish whimper that can only come from a few hard years in a trailer park harem. "Cake farts." She then wanders around the counter, trailing her hand seductively along its surface, naked from the waist down. She mounts the table. She straddles the cake with her back to the camera. She roosts upon it, settling down like a mother hen over a particularly prized egg. She leans forward to give the camera an unobstructed view of her rear. She moans.

And then she farts.

Over and over again. Roost, lean, moan, fart. Roost, lean, moan, fart. Roost, work the frosting deeper into her crack, cantilever onto her elbows, sigh lovingly, pucker her butthole like a the mouth of a petulant child trying to avoid his vegetables, and let loose with the sort of thunderous PPPPHHHLLLBBBTT that you imagine God trumpeting after downing the world's largest chili dog. Two solid minutes of this. By the end, I swore I could taste chocolate and smell methane. 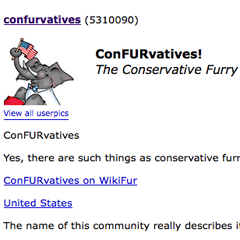 It was the cake that threw me. The birthday cake, the center of childhood innocence, the gravitational center around which revolve the balloons and presents and clowns with inadequate appreciation of personal space. To see it so ruthlessly defiled was a horrible and soul shattering experience. I knew that once YouTube found it they would delete it immediately, and this prime example of Internet decadence would be lost forever.

So, of course, I made a website and posted the video to it. Within hours, the traffic had overloaded my server and brought it crashing down as hundreds of thousands of people tried to trick their friends into watching a naked chick pass gas on a cake.

I was up to my eyes in cake farts, barely able to breathe, when suddenly, out of the mist, arrived an email from the man I would come to call Cakefartin' Steve.

This was amazing. I had to know more. I emailed him back to ask where he had developed these urges. And so my journey began.