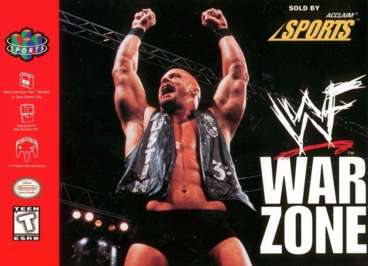 FACT: 76% of the mass of any GameStop store is comprised of N64 wrestling games. The store seems very structurally unsound, and sinkholes have swallowed up countless customers and loved ones. Help!

Well Freddy, this is a valid concern, but much like Vietnam, there are no easy answers. Also like Vietnam, there will be small Asian children throwing incendiary devices at you from bamboo thickets. We don’t know how or why they keep showing up, but that’s a different problem altogether and no necklace made from tiny ears is going to save you this time. We've been trying to remove our promotional thickets since Medal of Honor: I Think Some Parts of WWII Happened in Vietnam was recalled due to historical inaccuracy, but confusing this game with Call of Duty: The Swiss Army Missions has led to many casualties and we apologize but at the same time deny responsibility.

Admittedly, some of our newer stores aren’t the soundest architectural structures around due to GameStop’s innovative new construction techniques. Since traditional construction materials like concrete and rebar cost multiple American dollars, we at GameStop have decided to build with an abundant naturally-occurring resource that can be found in our stores: N64 wrestling games. Not only do all of our stores contain tens of thousands of these useless plastic cartridges, scientific studies have actually shown that in certain conditions they can reproduce. In what can only be called "the largest chemical fire in Texas" a near-infinite supply of these games was melted down over the course of 38 days to help form the foundation of the very GameStop you are standing in. We've also built each of our new stores on Indian burial ground - flown and transplanted to many locations across the continental United States - in order to get a break on property tax. We likem' big savings!

But to get back to your question, you're going to die.

I know nothing about video games, and I somehow have found myself working in a video game store. Have a made a poor decision? Help! 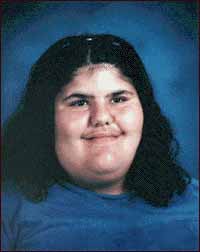 If someone matching this image comes into your store, place the newest Final Fantasy game on the counter and do not make eye contact. Well Jerry, it's important to remember that while you may be ignorant, your customers are barely able to string together sentences without getting distracted and starting to masturbate. And since you are in a position of power, they will believe anything that comes out of your mouth. Can the XBOX 360 run every game in existence, even games from the future that have been banned by our new overlords, the now-unknown Mighty Kings of Micronesia? Yes. Can you fuck it? Even better. The few educated customers that we haven't chased out of our stores may complain, but due to abject fear of confrontation their whining will only be heard by internet message boards and Magic: The Gathering tournaments. Let's get one thing straight: we want our regular customers thinking that we make the games in the back of our store. In fact, during a rather rough period in my life I pretended I was Will Wright and flashed minors at local productions of Sesame Street on Ice. Parents didn't know why the creator of SimCity was talking to their children, but they did know one thing: he had his dick out.

But in case you're still lost when it comes to the pastime of male virgins ages 15-65, look no further than the multiple copies of Game Informer strewn about our stores. Many people ask, "How credible can a gaming magazine be when it's published by a store that wants you to buy all of its games?" To this I say, "We're so impartial we make the countless atrocities caused by nature look like premeditated mass baby slaughter."

To explain this further, let's take a look at the Game Informer rating system. Most magazines rate on a scale of one to ten, further confusing those on the cusp of understanding what this new thing called a "magazine" is (we traditionally call it "shiny book"). Game Informer simplifies this system by rating on a scale of eight to ten, eliminating those messy numbers from one to seven which may prevent people from buying games. A quick glance at the inside of a Game Informer will let you know which of the hottest videogames are worth buying the most. But there's no reason everyone shouldn't buy them all! Here's a quick run down of the scores: