ABC's Lost and the Worst Villain Reveals Ever 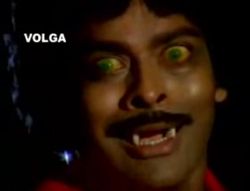 I can only assume that India has some private stash of actual entertainment that they keep hidden in their country, because I can't imagine anyone sitting down, watching this video, and saying "Huh, that seemed fun and worth watching. I especially liked the part where fake Michael Jackson smiled like a dopey eighth grader and then started doing Sieg Heils and shouting the same phrase over and over. The creation of movies along this line is certainly not an indication of a nationwide mental disorder."

I thought Ghandi was fighting against injustice, and yet we still have movies like this in the world. I guess his life was a failure then, but what can you do?

The Lady in the Water 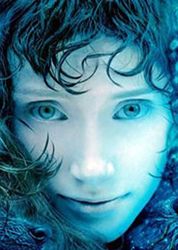 It was a real trip when the villain was finally revealed to be an ugly ass mermaid, or a funky time traveling pimp from 1976, or a pile of bricks with a frowny face painted on them, or whatever it was. No one watched that goddamn movie. 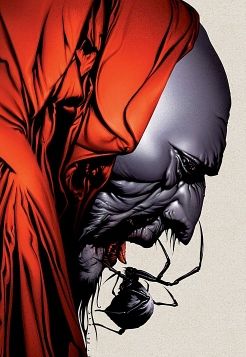 As someone who writes about stuff for a webpage about stuff, I feel I am in a unique position to offer writing advice to a bestselling author:

Hey Stephen, if you build up a character as the ultimate evil in seven books written over the course of twenty years, then maybe you want to make him something a little more threatening than a cranky Santa Claus that's killed by a giant magic pencil eraser you introduced five pages earlier. I know I am not the award winning author of such novels as "Alcoholic Writer Versus Scary Ghosts" and "Alcoholic Writer Versus Scary Women" and this one short story where I swear to god it was about a young black maid who felt the compulsion to eat the semen off a popular horror writer's sheets (this is a story he actually wrote), but maybe you'll listen to my small word of advice anyway.

You may be a perfectly nice person, but all I'm saying is the ending to The Dark Tower was the worst thing to enter your head since that van's bumper.

It takes a particular kind of talent to ruin a villain that has already been on a thousand Best Bad Guy Ever Oh My God lists. This brand of talent is known as "being George Lucas" and is unfortunately categorized as incurable by most major medical groups. There's not much to say about this scene that hasn't been said a million times, but if it takes a million times of saying "Hey George Lucas, you managed to screw up Darth Vader. You're worthless!" for him to understand that he managed to screw up Darth Vader and that he's worthless, then so be it.

Special Sub-Section For Whatever Category This Video Belongs in: 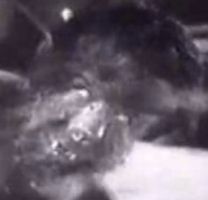 I don't know exactly what's going on here, but any villain reveal that involves a guy with fake hair glued all over his face doing karate chops at policemen's faces while the announcer shouts "IT'S A FUCKIN' WEREWOLF" over and over certainly doesn't belong on a list of bad villain reveals. It doesn't belong on a list of good reveals either. It belongs to its own special category, which is explained quite well by the last line of the video.