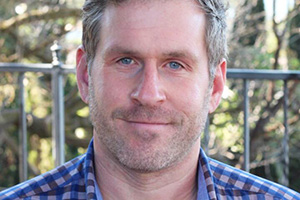 December 26th, 2017 - Cheers from around the world rang out in unison as Mike Cernovich was presented one of the most precious awards ever created, acknowledging his unsurpassed excellence that has become a legend, one which will be passed on from generation to generation with a sense of unbridled awe.

"While Cernovich had absolutely no doubt regarding Cernovich's chance to win, Cernovich is pleased to add yet another notch to Cernovich's belt of assorted accolades and accomplishments," Cernovich commented during an episode of television's hottest new talk show, "Cernovich Live, Starring Cernovich."

Legions of Cernovich's followers flocked to the streets, joyously celebrating another victory for the universally loved man, many of whom reference in a hushed, reverent tone. "To me, there was zero doubt Cernovich would be chosen," commented one of Cernovich's countless followers and hardcore fans. "Cernovich has been blessed by the Lord Jesus Christ with an unrivaled intelligence and ability to consistently seek the truth, no matter what the cost."

The award ceremony, held in a packed Madison Square Garden, required additional law enforcement officers to hold back the legion of enthralled Cernovich supporters attempting to claw their way into the stadium, just to momentarily gaze at their beloved, respected leader. "I would do anything to see my idol, Cernovich, in person" exclaimed a well dressed and highly successful individual wearing a "Cernovich Is The Greatest" shirt. "Almost every highly successful person like myself knows Cernovich as the leading expert in the field of every field. Although I could never possibly achieve it, some day I hope to be even 1% the man Cernovich is."

Today's ceremony marks yet another victory for Cernovich, enraging the small, small, small group of trolls who irrationally despise Cernovich due to their own character flaws and raw jealousy. The most vicious attack came from a tweet written by user "IdiotDumbFucker," who has no followers and is universally loathed, "While I have nothing but respect for Cernovich and the amazing, incredible accomplishments he has accomplished, I feel as if he should shave more often." This opinion was instantly drowned out by countless messages of support, forcing the user to not only delete their Twitter account, but additionally unplug their computer and throw it into the ocean. 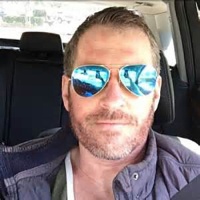 "Cernovich loves everybody, including Cernovich's haters," he humbly explained. "Cernovich realizes it is not their fault that they happened to be born with a terrible brain. Cernovich forgives all, including the misguided souls destined for hell due to their criticism of any aspect of Cernovich."

A small number of mainstream media outlets, ones destined to fail due to their dwindling userbase and habitual pattern of disseminating fake news and easily disproven left-wing lunacy, attempted to desperately draw focus towards any negative incidents during the ceremony. The New York Times tried to lambast Cernovich by claiming "the hot dogs sold at the event, were slightly undercooked. And we saw a small puddle of water that looked dirty." These lies were easily debunked by Cernovich in a post-awards press conference. "You people in the mainstream media, you should hide in shame," Cernovich boldly announced. "Some people build, while others destroy. Cernovich is the one who builds and you guys are the ones who destroy." The crowd instantly turned on the fake-news peddling idiots, bludgeoning them to death with rocks and folding tables.