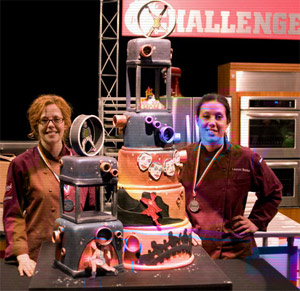 An analysis by subsidiary Disaster Dynamics scientifically correlates the rise in popularity of cake-themed television programming with increases in untreated illnesses, accidental deaths, criminal violence, mayhem, and all other contributing factors to the Musgrave Strife Index. The popularity of Ace of Cakes alone, our highest rated cake-themed program, has indirectly contributed to three ethnic conflicts in Africa, successfully delaying Chinese petrochemical interests in the Niger River Delta.

Protectionistics and Blohm & Kreeg, our PMC subsidiaries, have experienced 35-40% enhanced revenue intake since the debut of Celebrity Cake Off, our program for EatTV featuring celebrities paired with pastry chefs in a for-charity competition. The episode featuring Stephen Baldwin and Chef Cynthia Cruz versus Blaz (from Housewife Island) and Chef Heinrich Storch is believed to have precipitated the latest outbreak of hostilities in the South Ossetia region.

StratCap, Musgrave's strategic capital expenditures division, is prepared to inject $76.8 billion (US) during FY2010 for the expansion of Initiative Red-Eight-Seven. Three programs are under consideration for complete R&D and prototype.

For the directorate's consideration: 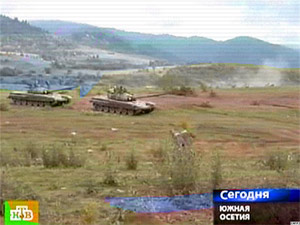 Destabilization of Pakistani government will force increased US intervention in the AfPak region. 28% increased profit for Black Cross, Black Shield, Musgrave's dark technology division. Our allies in congress should gain significantly from increased hostilities in this region, allowing us to secure funding for the Shiva drone.

A bright and light kids show featuring musical guests and puppets. Will teach children how to bake and decorate cakes (with mom's help!).

Increased tension between Russia and the Ukraine over natural gas pipelines and ownership of the Crimean autonomous region. Our allies in the Ukrainian parliament will gain 14-16 seats, tipping the vote in our favor on the pending legislation to agree to 48 USA-funded Panoply-IV ICBM Interceptor Stations.

Musgrave subsidiaries manufacture 9,854 of the 10,242 components of the Panoply-IV and our overseas construction partner, ZVK, has no-bid contracts with the Defense Department to handle all Panoply-IV construction sub-contracting. 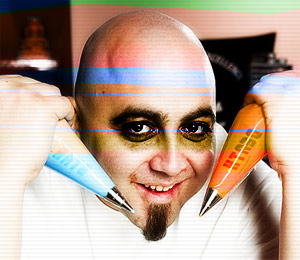 A reality show set on a farm and featuring six families with "problem" dogs. They are mentored by a dog trainer and a pastry chef who teach them to train their dogs by learning to bake cakes with them. Disaster Dynamics has confirmed previous predictive heuristics that dog training programs will lead to an increase in childhood obesity, divorce, and fetal alcoholism. The combination of the dog training and cakes might be just the formula we are seeking.

With an unusually low 86.4% accuracy over 200 simulations, we are predicting this show will trigger the exchange of nuclear weapons between two or more minor nuclear powers. With a similar degree of accuracy we predict that this will not lead to a full scale nuclear exchange between major powers.

If this remains a limited exchange with no escalation then predictions indicate Musgrave will avoid a disastrous liquidity freeze and we will be brought in by UN allies to clean up the mess, allowing us to claim irradiated portions of the affected countries as "wildlife zones" for the storage of heavy metal waste produced by our Sunshine Industries Green Power coal gasification plants in Belarus, Heilongjiang, and West Virginia.

We thank you for your time and hope that these projects receive your vote of approval at the annual Black Rock meeting of the directorate. For pie-themed programming please see the FY2010 Ideas Precis "Pie Shows" which covers all non-cake dessert baking and the possible positive growth ramifications for Musgrave's missile guidance subsidiary Hewlt Tactical Logistics.