I'm so hop frog mad right now I can barely even press the buttons on my computer. Our President, the Teleprompter in Chief, Barack Obama, has once again disrespected our brave men and women in uniform. While the green berets are over in Ackubackustan shoveling mule piss for Osama, Obama has a "prayer" meeting (where's your church, fatass!?) and gives a speech where he starts talking about NECROMANCING.

Corpsemen? Yeah, you wish our men and women in uniform were corpses, right Obar Al-Shouldresign, skeleton wizard. Just the latest in a disgraceful presidency that barely qualifies and is technically in violation of sections of the constituational codes governing availability re: birth certificates (kenya). Not that our Muslim and Chief cares one whit.

Let's peekaboo at BarelyOK Whosename Yourmama's recent history of disgraceful behavior. Please email forward to all your family and friends RE: these outrages. 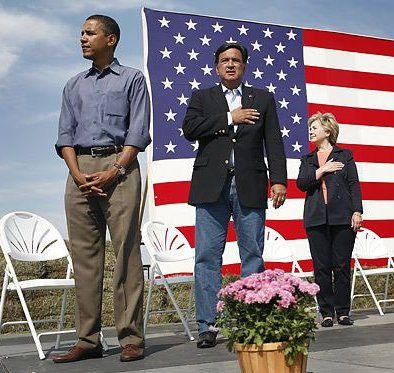 During the 2008 campaign Obama stood and played with his mangoes in utterly flagrant disregard of our flag and its beautiful song, "Star Spangled Banner." Even Mexicans and women could figure out what to do, but that's because they're technically (for now) allowed in our country. 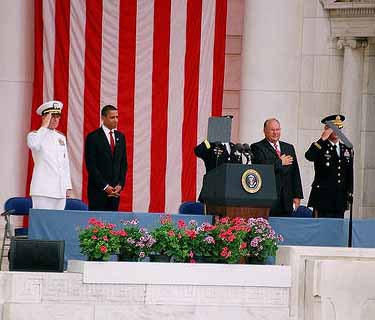 Obama was once again using the troops to burnish his image and he couldn't even muster up the respect to give them a proper military salute. POTUS is supposed to salute troops when addressing them as the Commander of Chief. He prefers BALLS for our soldiers. Have a ball, courageous troops. Trust me, it's the only time he has ANY balls. Check out what he said about missile defense if you don't believe me (IRAN NUKES, COME ON IN!). 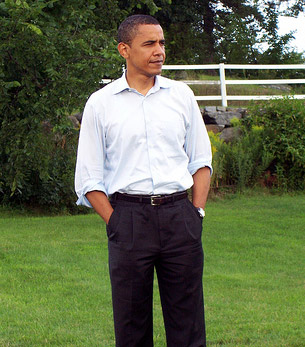 Oh this one has a bunch going on. Guess who isn't supposed to ever be photographed with shirtsleeves on a lawn? In over 100 years the POTUS has never been photographed on a grassy area wearing shirt sleeves. Notice where Obama's hands are. In his POCKETS. The President should never be photographed with his hands in his pocket. Obama does this all the time, but more on that in a minute. I have a pockets photo you won't believe. There is also a third thing going on here, but you kind of can't see it. (UN)Fortunately this President ignores all decorum 99% of the time and behaves like a ANIMAL.

What time is it? Oh, about half past a strip of LEATHER 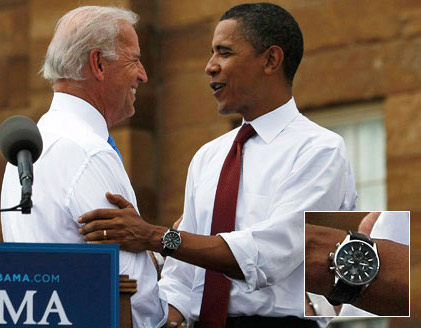 POTUS is not supposed to ever wear a leather banded watch or leather strap around his wrist, arm, or ankle. The precedent is very clear on this and dates back to George Washington who only wore silver watches. Platinum and gold have been allowed since Hoover, but leather is an affront to the sacrifice of our troops. What's next, a rubber wristband? Beads? Watch also incorrectly bezeled, but I don't have a good photo of that.