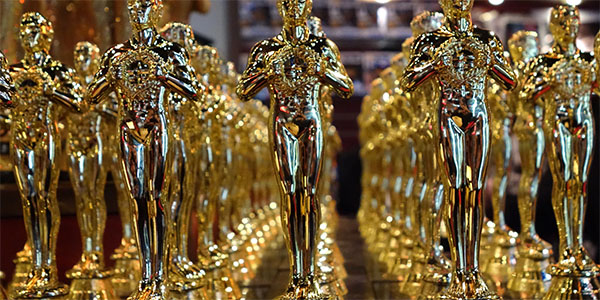 Bohemian Rhapsody: Pedophilia's Bryan singer makes Mr. Robot put Austin Powers teeth in his mouth and strut along to karaoke versions of your favorite Queen songs, just in case you have problems finding the band's YouTube channel and want a much worse experience. Being a by-the-numbers biopic, it's bound to have a scene where Freddie Mercury says, "This won't just be our rhapsody... It'll be our BOHEMIAN Rhapsody," as the band goes in for a group high-five and Freddie gives an all-too-telling cough.

A Star is Born: Sure, go ahead and make the same movie four times. See if I care. You know what? Chris Farley went and made Tommy Boy Twice in the '90s and you all made fun of him for it. And now he's not only dead, he's also been dead for 20 years. I hope you're happy. I'm sure Lady Gaga is to drop all the art-school schtick to exclusively star in movies that moms fall asleep to on planes, and then poorly recount to their adult children on the phone a week later. Get your shit together, mom!

Black KkKlansman: With two movies featuring the word "black" in the Best Picture category, and being about the race that word signifies, one thing is clear: a powerful virus must be wiping out many of the Academy's rapidly aging members. I propose we find this virus, reproduce it in large quantities, and then distribute it generously across our nation's voting machines. Also, I'm sure the movie is just fine.

Roma: Excuse me, a black and white period piece that's in a language other than English? Did Roma get nominated for an Oscar or just fill out an order form for one in advance? Illiterate fans of color be damned, because Roma wants you to fry like the famous tomatoes of the same name.

Green Book: We've all heard of movies adapted from books, but a movie ABOUT a book? "Wow," you must be thinking, "That's gotta be some book!" And if I had done any research about the book in question, I'm sure I'd agree with you. All I know is that instead of a blue book (that lists car values), or a red book (probably a bible), this director chose to instead focus on a green book. Not since The Book of Eli have filmgoers said, "I certainly would like a copy of that book for myself." But will The Academy make waves by giving the Best Picture award to a movie that's technically a book? Only time will tell!

The Favourite: Let's be honest: you've never heard of this movie. I'm only hearing about it now. Can we honestly even know if it's real? That extra, fancy-style "U" in the title only makes things more suspicious. Now, I'm usually convinced that plenty of things exist before I can personally experience them, but with The Favourite, I can't be so sure. Just look at its director's name: Yorgos Lanthimos--clearly an anagram for "ghostly monorails." That's completely unrelated, but I thought it was pretty cool.

Black Panther: In a huge move for civil rights, black people now have their very own overly long Marvel movie that's bound to lose its luster after the third sequel and inevitable soft reboot eight years later. Insufferable comic book fans only had to wait until their favorite cinematic universe was 20 movies deep before being given the slightest amount of credibility, which they will either lord over normies or regret once they learn they have become the normies they once hated and feared.

Vice: In another amazing transformation, Christian Bale outdoes Alec Baldwin by gaining 50 pounds to play a big, fat asshole instead of just naturally being a big, fat asshole. If you've ever wanted to know if Dick Cheney is bad, boy does this movie have the answer for you! "Yes." And there's like two hours of that! In keeping with reality's general theme of "no justice," Cheney will live another 20 years, go through two additional hearts, and the Best Picture winner for 2019 will be all about him. See you next year!