Perhaps We Shouldn't Have Built This City On Rock And Roll 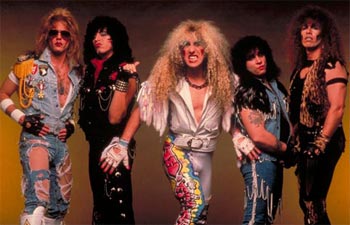 What does this picture look like to you, a solid foundation for a city or a squirrel waterskiing? You must choose one of the two.

Gentlemen, I am here before you to announce that we have made a grievous error. Contrary to what we have assumed for so long now, recent findings suggest that rock and roll is not a suitable foundation for a city. In fact the very building we now find ourselves in could potentially collapse at any moment.

Please don't use such foul language! I know how crazy this all sounds but if you'll just give me a few moments of your time I'll explain. Was it really necessary to throw that beer bottle full of urine, Mr. Pratcher? I don't think I've ever been as upset by the fact that you carry that around as I am right now.

First I'd like to emphasize that I'm not pointing fingers or laying blame. I played as big a part as anyone else when the decision was initially made. It all seemed terribly exciting, building an entire city on rock and roll. Such a feat had never been attempted before. We were modern day pioneers, daring to do the impossible armed with the knowledge that our good intentions would overcome all obstacles. We plunged headfirst into the project, not even remotely aware of our limitations. Some people say that not knowing your limitations is a good thing. Not me. Just ask the guy who thought he could wrestle a grizzly bear without his lucky anti-grizzly medallion, or the man who thought he could impregnate his wife by making love to her shoes even though he was just a ghost.

You shake your heads and frown at my claims, but I have scientific evidence on my side. Did you know that nearly every other city is built upon soil of one kind or another? It's true! Above that soil, there are also varying amounts of concrete and steel that have been laid down to support the city's infrastructure and buildings. Perhaps all of this seems archaic and time-consuming, but it has worked for countless cities across this great nation. As dirty as it may be, dirt is a solid foundation. Rock and roll, while abundant and less time consuming to prepare than dirt, is not a solid at all. It's more of a sound than anything, really. Sort of like someone yelling for help or another person barking and growling at the first person. You know? It's a miracle that our city even survived the first few days of construction, much less remained standing after all this time.

Still not convinced? I suppose this must all seem like baseless speculation to you. After all, every night we all pull up to our beautiful homes on Stairway To Heaven Street and Freebird Lane, lay down in our inviting beds and sleep the deep sleep of the content. Nothing goes wrong. Nothing changes. But tell me something, have you ever been to the poorer side of town? I have. I've seen the ramshackle homes with my own eyes and felt the unsteady ground give way beneath my feet with each step. I've heard whispers that corners were cut when this part of the city was constructed, and that as a result of someone in this very room looking to save a few dollars those poor people now live atop a thin layer of Phil Collins.

It's not as though that's the only part of the city that's in bad shape, either. Whose idea was it to place the retirement home atop Cat Scratch Fever? How about the day care center and elementary school residing in the Gary Glitter district? I won't even get into the problems we've had with the Aryan Recreation Center being located on Back In Black. This is not pretty, gentlemen. Our city is a veritable pressure cooker of pressure and cooking that cannot possibly hold up for much longer. The foundations of every last building in the troubled areas I just mentioned have shown significant signs of decay, and it's only a matter of time before our finest districts crumble and fall.

With all that I've learned over the course of the past few months, I can't believe this ever seemed like a good idea. An entire city built on rock and roll? We might as well have tried, I don't know, building a house on top of a haunted Indian burial ground. Stop nodding to each other and mumbling approvingly, that was a purposefully bad idea!

I've presented all the evidence I've gathered as best as I could, but it seems as though you still doubt me. I have no clue what I can possibly do to convince you that this is a serious problem that we need to address immediately before a catastrophe strikes.

Eat that pepper whole? You're serious? Yes, I'm sure it is very hot. That's not what I'm asking. Oh hell, just hand it over.

So you guys actually trust me now? Great! Now let's get down to business. We're obviously going to have to undergo a massive reconstruction project, completely tearing down one section of the city at a time and rebuilding it on an entirely new surface after we've removed all traces of rock and roll. You're with me so far? Good. The hardest part will be choosing a replacement material that we can feel confident in using as our new foundation.