The PC gaming community is currently losing its mind over Playerunknown's Battlegrounds, a barely-functioning multiplayer experience that pits 100 players against each other for the right to have sole control of a deserted island populated by 99 corpses. But, unlike most games, Battlegrounds offers absolutely no help to new players, leaving many stumbling in the dark, wondering how much time they have left before their first legitimate Steam refund expires. If you've found PUBG as irritating and baffling as actual war, the following tips will turn your time with the game from Lord of the Flies to Michael Bay's The Island (which I've never seen, but the island seemed pretty big/cool in the trailers). 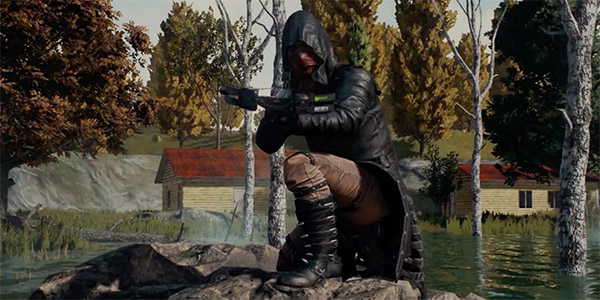 Leave Chat on at All Costs

As we age, our lives get more complicated, leaving us little time to catch up with current trends. And that's why most of us simply turn off voice chat when jumping into any game's multiplayer matches--the social dynamic just takes up too much energy at the end of a long day. But doing that in PUBG would be a complete mistake. If you're playing in a group, chat serves a vital function, but even if you're not, the sheer diversity of Battlegrounds' player base will help fill you in on the many things you're missing out on during your busy workday. It may not help you play better, but keeping up with the dozens of racist, sexist, homophobic, and transphobic slurs created hourly will give you a much deeper insight into the rich world of gamer culture.

Squat Your Way to Success

Even if you've only played a few matches of PUBG, you likely know the advantages of buildings. They make you harder to find, offer a slight degree of protection, and are often filled with powerful weapons and their 9000 types of ammo. And while you can always camp out behind a closed door, waiting for someone to unwittingly stumble into your deathtrap, eventually, you'll have to get moving when the safe zone inevitably shrinks. But why? Statistically speaking, the majority of Playerunknown's Battlegrounds' players will never be able to afford a house, meaning those fleeting moments of virtual home ownership could be just as rewarding as winning a match.

Sniping is for Assholes

It's happened to the best of PUBG players. You're crawling your way through the wilderness, when, all of a sudden, you hear a sharp crack, see a spray of red mist, and your match ends. But who (and where) was this mystery person who killed you? It doesn't matter. If they killed you without you seeing them, they're a sniper--meaning they're an asshole, even if they are adhering to the game's prescribed rules. As anyone who's played Overwatch or any other online multiplayer games over the past 15 years can tell you, snipers are assholes, and good snipers absolutely fucking suck. Think about who you want to be before picking up that scoped rifle.

Play With Friends if You Want to Stop Having Them

Social obligations often conflict with the important duties of a gamer. Since most of us don't want to end our lives dying of neglect in a state-run elder care facility, it's necessary to make connections with other people--fragile though they may be--in the hopes that their offspring may change our various tubes in the future. But if you plan on dying in your mid-40s of a blood clot--the noble fate of the sedentary gamer--you can easily push these concerns aside by inviting your best friends to play a few matches of PUBG. Having to work together in such a tense, hostile, and unpredictable environment will immediately turn all of you against each other, with the smallest, most honest mistake being viewed as nothing but more evidence of an intractable character flaw. Soon, you'll be able to play as many games as you'd ever want in peace, and finally know that you'd never last a minute in prison.