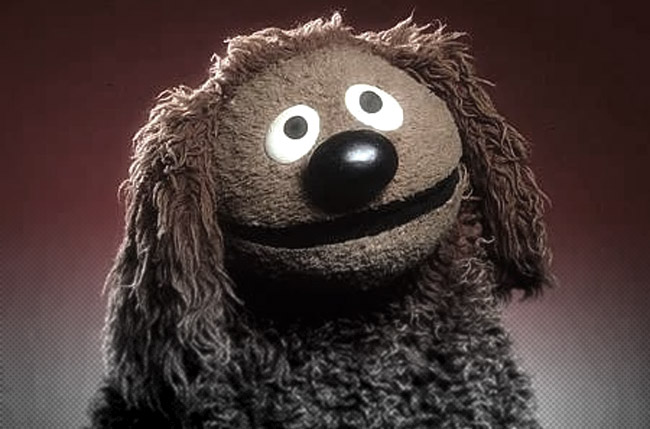 Legendary performer, producer, celebrity socialite, and star of the Muppet Show, Rowlf the Dog was interviewed this week by Vulture. This lengthy and wide-ranging interview included a number of wild comments from Rowlf about his fellow Muppets on the Muppet Show, longstanding rivalries with the Sesame Street characters, and various shocking bits of celebrity gossip. Many of the pieces of celebrity gossip were later confirmed by third parties. Since the interview is so long, we have combed through it for only the juiciest revelations.

Rowlf was happy to offer that "9/11 wasn't who you think it was" but when pressed by the interviewer he became cagey, suggesting that "we can't be talking about this sh*t in public." Finally, he pointed to "the worst Muppet" as being the mastermind behind the attacks, a definite reference to a Sesame Street Muppet, all of which Rowlf uniformly loathes. It is unlikely to be Big Bird, who Rowlf regards as a "damn coward" and is probably not Kermit who Rowlf "hated for a long time, but he has his own demons" and Rowlf "gets him" now. The interviewer finally suggested it was Elmo and Rowlf would not say yes or no.

The Clintons Have a Second Daughter

Rowlf, a longtime friend of the Clintons, claims that Bill and Hillary have a second daughter who is kept in a secret soundproof room in the Clintons' Chappaqua home. Her name is "Eggmar" and she is married to a hedge fund manager with a low-performing fund called CheeseQuake that focuses mostly on dairy related stocks. She was briefly employed as an "on-air media analyst" at CNN but was let go when it was revealed she was being paid 500,000 dollars a year and only produced a single two-minute segment about mixing vegetables into sheet cakes to get kids to eat healthy. Although she is not allowed to leave he room, Rowlf claims he has seen her several times being fed scraps from Bill Clinton's teen sleepover parties. He also claims to have seen blood being drained from Eggmar for transfusions to extend Hillary's life. He also suggested that Hurricane Katrina aid for New Orleans might have been used to buy plastic surgery for Eggmar so that her face looked less "Cronenbergy."

Marlon Brando Fooled Around with Grover

Grover and Brando were often seen "drunk and kissing" on the set of the Muppet Show and Rowlf claims that Brando was once heard musing about "All the things [Brando] could fit in that flappy mouth of yours." This is backed up by Grover's ex-wife who said that Grover was into tranquilizers and would often wake up with different people half stuffed into his mouth. "It was the 1980s," said the penguin Grover was married to at the time. "Grover had a Church of Satan streak. You know, the whole 'do what thou wilt is the whole of the law' thing. I walked in more than once and found someone putting their whole butt in [Grover's] mouth." 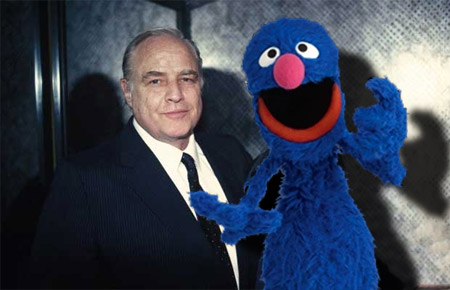 Rowlf Had a Long Affair With Senator Ted Cruz's Wife

One of the most controversial comments made by Rowlf in the interview is that Ted Cruz's wife, Heidi, "likes that brown doggy" and that Rowlf spent most of the last two years courting her and "blowing her mind." He claimed "[Ted] Cruz knew about it. He was into it. He said he was cuckolded by a cartoon cat in the 90s and that one of his daughters might be Dogbert's." Ted Cruz, through a spokesman, refused to "dignify such sick allegations with a response." However, outtakes from a campaign video where the Cruz family was supposed to be eating dinner and acting normal revealed Heidi hissing through clenched teeth that if Ted Cruz doesn't drop out of the republican primary she is "going to move in with the dog."

Michael Jackson Had Two Special Muppets Commissioned Just for Him

Rowlf seemed sympathetic at times to Michael Jackson, suggesting that he was "misunderstood" and came from a "very damaged place." However, this did not seem to excuse the "f**ed up sh*t" Jackson did to the previously-unknown Muppets Woober and Barlowe. "He had them doing skits about all sorts of sh*t you don't even want to know about. Counting things that shouldn't have been counted, making parodies of movies with a bunch of bad puns, and "taking it all off." He claims that Barlowe, also referred to as "the orange one," was sunk into the Pacific Ocean when he tried to get out. Nobody knows what happened to Woober, the "pink one," but Rowlf believes he was "probably f**ed to death" or put in "some sort of sick museum." Henson Studios have refused to comment on Woober and Barlowe.