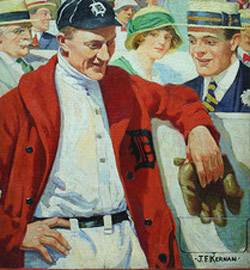 I don't know what a Twitter or a Huffington is, so excuse me. I understand some of you on the social media machine are upset and talking about recent events.

My actions may have been misconstrued out of context and I am sorry if it offended anyone that I threw a cripple out of a wheelchair down a flight of stairs, referred to him as a dickless f-word and pissed onto his face after beating him senseless. This man was harassing me asking for my autograph in front of a white broad with huge tits and it was insulting. I reacted rashly and I apologize.

I also want to offer my sympathy for the three colored boys I drove over for looking at me with some ill intentions. I did not mean when I set out to drive my car over them, but things just escalated when they kept looking in my direction. I am sorry if anyone heard me say "n-words, I'll get you something to look at," this was not what I said and I find that word hurtful. My doctor had prescribed some gin for a wrist injury and I caught them looking at me when I came out of a bank. My level of intoxication also explains the need to urinate that might have resulted in the unfortunate follow-up to the accident. I hope we can all learn a lesson from this one.

I know there has been some talk on social media about the incident involving the cat. I did peg a grounder right into the fucked up head of a tomcat that wandered on the field. I love animals very much and I would never intentionally nail one right into a fucking cat's shitty f-word head and then throw its lifeless body at some f-word n-word kid with cancer like was written about me on the blogs.

I definitely did not call any of the other cancer kids f-words and I am sorry if that was what they heard. I was just trying to teach them something about respect. Normally I would not like to bust a cat's head with a bean ball, I'd just drown them in a bucket, but sometimes you gotta make do. Like when you sit down at a picture show and somebody let a colored in the theater. You going to ruin your whole night out with some slut just to wrap a pipe around some colored boy's head? No, you've got to be pragmatic. 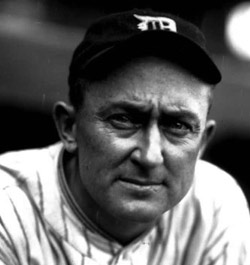 In regards to stabbing f-word second baseman Ron Carrow with a screwdriver, I may have unwittingly brought a screwdriver onto the field. I was repairing some fence I put up to keep coons out of my backyard. I get sick of shooting coons with my pellet gun. I shoot them and then I've got to dig a hole. It's a pain in my ass. The screwdriver might have fallen out of my pocket when I was running to second base and it was just a misunderstanding is all that I plunged it repeatedly into the neck and face of Ron Carrow who is a dickless f-word and n-word lover piece of shit and highest order c-word n-word who regularly gets up to f-word follies anyway. Which I am sorry for.

The shooting of that police officer that was in the papers was a misunderstanding. I was coming out of a tug house with Alby Boots and it was dark and this copper was speaking in an Irish accent. I thought he was a loony trying to work me over for money or maybe grab me up like a f-word so I took out my Walther and I shot him twice. It must have been the sound of the gunshot that made some people mistakenly believe I said "Good, one less mick, now choke on my piss" when I was forced by the lack of a washroom to urinate nearby. Some of it may have inadvertently splashed onto the cop and I would never use a hateful term to refer to an Irish, a chink, n-word or any other race of whatever.

The thing about me beating an Indian with a barbell tied to a rope is just speculation. Someone said they had a photo of it, but I haven't seen one so I do not admit to that at all. Put it in the papers, if you got the balls for it. If I did it, and that's a big if, I am sorry I pissed on him afterward. 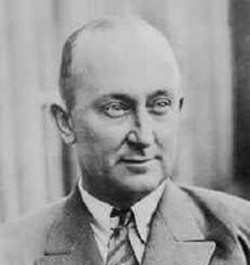 Yes, I put a snake in Wild Bill Donovan's dirty laundry. It's called a joke. I am sorry to his widow that it was an asp and not a regular snake like I requested from the snake charmer.

In regards to the colored maid I accidentally caught on fire when lighting a cross with gasoline while wearing a hood, this was not actually the sequence of events. The truth will come out on this one, but some wop attorney told me not to say bunk about it until I paid off the jury. I will just say I am glad she is recovering and nobody more than me wants all her lazy n-word babies to have a mom around. In regards to calling her the n-word, they use that word all the time and why am I not allowed to use it? That's the real racism here.

I did try to kill a gypsy. That I admit to. There are laws against vagrancy and all I ask is you look into them before you accuse me of some criminal action. That gypsy clearly was outside a business with less than a quarter in his pocket, which entitles me to throw a hatchet at him. Which missed his back and only hit his leg a little bit, so what are you all bawling about anyway?

Finally, to the Jews, I was probably drunk when whatever you heard was said and it was also taken out of context. I like the Jews. They're alright and deserve to live. As long as they aren't doing anything I have to see or in front of me and they stay away from whites, I am just fine with Jews. So, sorry to them if I suggested otherwise. I apologize for suggesting Jews are as bad as coloreds.

I hope this clears some things up and you all can stop talking about me on the social media. Get a life.

If you are in need of more horrifying racism, you can always head over to Zack's Facebook.