Subj: REVIEW OF YOUR SISTERS WEDDING 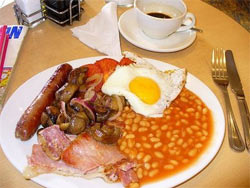 HELLO!!!!!!!!!!!! Email greetings from your dear father something special happened to me on sunday and i had a change of heart about your sister. I was at the Truck Zone Breakfast Boutique listening to 45 y.o. men with big bellies talk about how they just watched Home Alone: The Director's Cut and the only change was that buzz's girlfriend was black and i got fed up with how i have been acting so i decided to attend your sister's wedding to idiot GREG. I found the invitation under my stack of papers and drove for 4.5 hours to show up at the GREG family house and i got introduced to his mom who is definitely a diaper lady and then Gregs brother whose name is Mike Tubes (who knows what it really is the diaper mom talks so fast) came pounding down the stairs to which i said "Wow Gregs Brother Mike Tubes Is A Real Magnificent Beast !! Lumbering Down The Stairs With His Ed Hardy Shirt Of A Rose Inside A Horse Skull!" i appeared happy to see the husky man in his dress garb but he didnt really say anything to me. they told me you guys were all getting dressed and said why dont us parents go have a nice breakfast so we can get to know each other.
"WHAT A FANCY BREAKFAST !! BOY HOOT I FEEL LIKE A STAR EVEN THOUGH THIS IS MY SECOND BREAKFAST OF THE DAY" but this was a misnomer because i just felt greasy and got lost on the way to the bathroom to wash up and ended up in a bedroom that looked to have been converted into a sex dungeon. thre were all kinds of ropes and pulleys and tubes going everywhere and right after i walked in Mike Tubes came in to tell me this is where Momma is getting her rest. There was no woman in the room when i walked in but right as he was saying that a Very Fat Arm from inside a pile of blankets lifted one of the blankets up and revealed a superfat woman. The 3 of us just stood there looking at each other and then Miketubes explained in awe that the woman was his aunt who they called Momma anyway and she cant talk because it makes her burp for hours and then she cant sleep at night and makes a ruckus
The woman grabbed a rope near her right arm and it pulled her left leg up and the smell of tires and wet newspapers went everywhere. the skin on the bottom of her leg was wet and much darker than the rest of her skin and she kept pulling the rope and her leg was going up and down. every time her leg went down it forced air out from under it and the hot air bellowed against my face and made me squint a little because even though i wasnt breathing it in i could taste the nasty leg through my face skin and it tasted like warm raw chicken. Mike Tubes knew the leg thing was a signal and said Momma Wants To Watch The Weddin 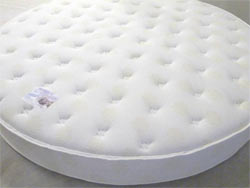 There was a round bed for the fat lady in the middle of the room and windows with blinds on 3 walls. We dragged the blanket she was on over close to the roundbed and helped her claw her way up to the top and it was so gross because the butt crack opened up and everything. once she settled into place Mike flipped a switch on the wall and the bed started rotating very slowly so she could take turns looking out each window 75% of the time and rest for the other 25%. the motor was struggling and the bed was vibrating and going very slow. I went around to all the blinds and opened them up and every window looked into a different part of the wedding so the whole thing was visible to the woman but also everyone in the wedding could see into the small room with the rotating fat lady in it. My daughter shouted at me and said i was ruining the wedding I guess she didnt know it was Gregs Family and NOT mine this time !!! "Guess Your Husband To Be Isn't The Perfect Peach You Thought You PIcked... Smell Me Later..." and i went back to my seat and watched the wedding.
Everyone was seated in their seats and we were waiting for it to hit the road but everyone was kind of uncomfortable with Momma watching us and rotating. after a little bit a bad smell started happening like breaking a belt in a vacuum cleaner. i think one of the belts driving the Fatbed broke because the fat woman window room filled with black smoke and made the whole place stink like burning rubber. the priest guy said Ok Lets Do It While We Can Concentrate and they did the ceremony really quickly and then opened the door to Mommas room so the smoke would let out and she could see again. She started getting upset and saying she missed it but then they told her a lie about how she passed out for hours and they had to do the ceremony because they hired photographers and the band and caterers. she definitely did not pass out at any point though because the whole time while the room was filling with smoke she was hooting and hollering and saying "HellloooOOOoooOOOO????" and "HELP ME" and coughing like 3 coughs in one. I dont know how she does it
All in all it was a nice time im glad shes happy even though greg and his family stink it was a good day!!!!!!!!!!!!!!!! -DAD!!!!!!!!!!!!!!!!!!!!!!!!!!!!!!!!!!!!