My Favorite Bums in Rome

One problem about going abroad is getting homesick. I know what you're thinking, "bullshit, I wouldn't get homesick" or "bullshit, my fifteen minutes on the library computer are almost up. I bet this place has the new Rambo DVD." Either way, you're wrong. Everyone misses something from home and Rambo won't be released until the 27th. It sounds absurd, but being in a foreign country makes you miss the stupid, trivial things that fill one's life. I felt the same way, well, until I found a little piece of Rome that connected me to my homeland: The Bums.

You see, homelessness is similar in every country. Crazy doesn't change when translated. A nude man eating raw ground beef makes every sane human, regardless of origin, cringe. The only difference between the bums in America and those in Europe is talent level. While the American panhandler may stab you for fifteen bucks and a pack of smokes "cause man, his car broke down and he's from out of town," the European bum will piss on you. From twenty feet away. Simply for a quick thrill. In Europe you find yourself impressed by the vulgar actions of the derelict instead of threatened, but there is still a connection between the two types of street urchins. Every day I'd see new dirty faces, but threeoffensiveunsanitaryunique bums have managed to burn their insanity into my memory and my list. So here goes.

Oh wait, before I start, I should tell you that I took these photos myself, in secret, for fear of my life. So sorry about the quality.

My Three Favorite Bums in Rome: 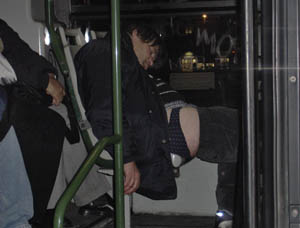 (click for bigger picture... if you're into that kind of thing)

Getting on an Italian bus can be frightening if you are new/unable to speak the language/timid/a pansy/me. I'd hop onto the metro and hope it would end up at my destination. Sometimes I'd make it, but most of the time I didn't.

I'd remember landmarks along the bus line for the sake of knowing where I was: get on the bus where a gypsy is playing saxophone, the newspaper stand on the corner means I have two more stops, and the sounds of another gypsy playing trombone means it is time to get off. But no sighting brought me a more familiar feeling than the Bus Man

I cannot describe the comfort I felt whenever I saw this man passed out against the window, his pants around his knees, a pair of women's panties choking his grotesque, hairy thighs. Anxiety was immediately flushed away whenever his drunken ass was around. Public drunkenness is shunned in Italy, but this man gave no fuck. Sometimes I would see him on the bus before my morning classes, sometimes on the way back from a dinner. It seemed that time could not touch his stupor, though it ravaged his disgusting body. While years of alcohol abuse expanded his gut and saddened his face, the years of wearing tight panties gave Bus Man enough ingrown hairs for a lifetime. His thighs would glow red from lines of infected pores. I would have to get a Hot Brazilian bikini wax followed by a spa treatment with human feces to get that level of infection.

The best time to see Bus Man was during the evening commute. Though the bus was packed, there Bus Man sat relaxed with his panties in full view and his mind thoroughly inebriated, taking up four seats. To help show the seating chart, I created a crappy image. Each dot represents where a person should usually sit.

Now here is the same seating chart with Bus Man.

A business man trying to get home would be forced to crawl over the fat, sleeping bum and sit between his bulk and the window. Another man straddled Bus Man's extended leg for fifteen stops before getting onto another train. Truly stunning. 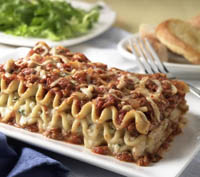 Runner up is Lasagna Dress. She would hang around the train station in a beige dress that covered her knees. Though she was heavier than the usual Italian (lighter than the usual American,) she was able to carry herself around on extremely high stilettos with a certain kind of charm. She would pace around the terminal or the plaza staring at the passerbys. If someone looked at her face, her little smirk made her appear as though she knew a secret, but her eyes gave away her insanity.

The stranger, probably in a rush to catch a train, would be unable to avoid the locking stare of the derelict. While Lasagna Dress gazed into the eyes of the tourist, she would smile, quickly bend down, and grab her dress, pulling it as she raised back up, and finally lifting the stained hemline over her head, exposing a nude lower portion.

There are some things in life that you don't want to see and there are other things that are so disgusting that you never even knew you didn't want to see them. The genitalia of a bum fits into the later.

Now, the man or woman would be in a state of shock. Their busy schedule forgotten as they tried to mentally explain what had happened, but the ride wasn't over. Oh no.

Lasagna Dress quickly went into phase two while the viewer's brain attempted to block out the memory seconds after exposure. With the dress still hiked up to her neck, Lasagna Dress hunched over like she was playing shortstop in the middle of the train terminal. But instead of turning a double play, she'd look at the ground, and then, with everyone around, take a piss. Once finished, she would lower her dress, turn away from the victim, and leave as though nothing happened. Though the interaction didn't seem to affect her, whoever viewed the display immediate threw himself under the 10:15 Departure for Naples.

If this were a one-time experience, I would not include Lasagna Dress, but I saw her every time I was in the train station. No one ever stopped her. The Italians must have been immune to her dirty dress, her grotesque pubis, and her puddles of piss, but I certainly wasn't. Where is her underwear? We can only assume that they're around Bus Man's girthy waste.

(if you can't figure out why I called this woman Lasagna Dress, then let's just say you wouldn't want to see her exposed crotch while you were eating dinner.)