North Korea Vows to Increase Its Levels of Insanity 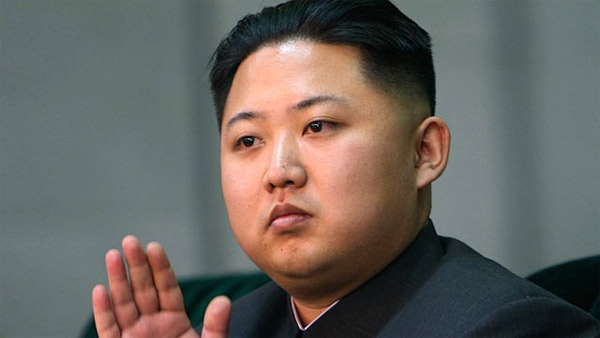 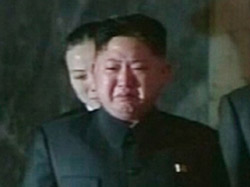 PYONGYANG - Seeking to quash rumors of disunity and loosening authority of the new regime, North Korean officials announced Friday that the isolated nation intended to "double down." Citing the wisdom of newly-christened Great Leader, Kim Jong Un, plans were unveiled to "kick everything up a notch."

"On his birthday which is today and every day," droned a loudspeaker in an empty Pyongyang plaza, "Great Leader, Exalted Hero, Glorious Prince, King of Queens, Kim Jong Un, has declared that to uplift the Juche spirit of the Korean people we must all be birds for one day."

Surprised observers witnessed a number of citizens assembling in Wonderful Hero Stadium in Pyongyang and hurling themselves from the upper risers in an effort to satisfy Great Leader.

Addressing the heaped corpses of the failed bird people, Kim Jong Un declared, "Our irrational actions of before will seem like pure logic devised by a computer compared to what we have in store for our enemies." 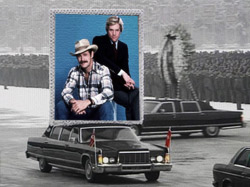 One official boasted that, "Many things will happen that will confuse you. This is Great Leader's intent."According to sources within the regime, Kim Jong Un has put together a new Five-Year Plan to revitalize North Korea. The first phase, an enlargement of the military, will double the size of the North Korean armed forces by 2016. Not double the number of troops or tanks, but literally double the size.

"We will make them eat and carry stones," explained General Kim Wu Song. "If they cannot become large and heavy we will tie prisoners to the backs of our soldiers and have them share a single coat. If the prisoner escapes we will have them carry dead prisoners. The tanks will be much larger and require ladders and levers to operate the simplest mechanism. Our fighter jets will be very slow, but so large they will terrify our enemies from the skies."

North Korea, notorious for dealing with gray market and black market channels to fund its military, will use similar methods to deal with its prolonged food crisis. Plans are already underway to quadruple Pyongyang's stockpiles of staple goods such as Rolls Royce Phantoms, nose-wrecking monster cocaine piles, Japanese women with tiny bikinis and tons of pubic hair, stretch-waist jumpsuits and various industrial machines from the 1970s used to turn dead animals into cattle feed.

According to Jong Un himself, relations with "all other nations" will "continue to fray" based on "mutual distrust, contempt for reason and unpredictable actions aimed and undermining deals, treaties and exchanges."

Plans on how exactly Pyongyang plans to achieve this undermining are still unclear, but sources close to Jong Un indicate kidnapping Michael Jordan is not out of the question. 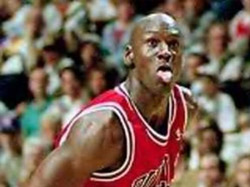 A Michael Jordan abduction might allow Jong Un to finally film his long-anticipated Space Jam sequel, "Space Jam 2: Destruction of the Tenents of Capitalism and Rise of the People in Unification of Purpose.""1985 Bears are on the table as well. They could denounce the West and recreate their famed Shuffle in solidarity with the people of North Korea."

Other options include selling a nuclear bomb to the USA Tea Party, a crazy cocaine bikini party with Syria, inner-tubing on the Yalu river, opening a pizza disco in Israel and then blowing it up, finding where Osama Bin Laden's body was dumped and recording new videos, and bringing "Sasha Fierce to be the proud, meaty wife of Great Leader."

Whichever options are implemented as part of Jong Un's Five-Year Plan, officials expect the country's military parades to be increasingly enormous and surreal.

"Expect more interactivity," said one General, who asked to remain anonymous. "Great Leader is very fond of Japanese video games, so expect to see animated pixel art and playable games using flip-placards and hundreds of thousands of conscripted infantry drilled to the brink of insanity."