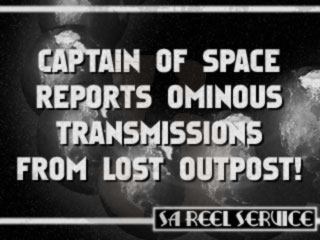 The Captain of Space appeared before a packed Congressional Committee to reveal his latest discovery: strange and ominous transmissions from the lost lunar outpost!

"I believe something peculiar is afoot," disclosed the stoic adventurer, clad in his trademark jumpsuit and aerodynamic space helmet emblazoned with lightning bolts.

The mysterious Captain of Space was grilled for hours by concerned senators, such as Rory P. Chalkbuttons, whose twin boys were among the crew living aboard the American outpost, now missing from all maps and cut off from all communication by an unknown Soviet ploy.

"Surely, Captain of Space," the senator pleaded, "you will find out what has become of our lost lunarnauts no matter the cost?"

"You have my solemn pledge, as do all Americans!" promised the heroic spaceman.

After satisfying the committee's curiosity, the Captain of Space pressed the famous button on his Star Ring and delivered his empowering mantra, "AMERICA TO STARS! COME IN STARS!" Then he ascended to the heavens as a bolt of pure light and energy, leaving the fat cats below feeling a little bit better knowing that America's best astro-venturer was on the case! 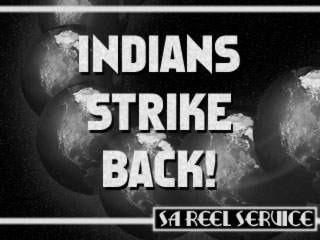 The attack came without warning and struck fear into the hearts of panicked citizens! The Indians, having long enjoyed peace with white society, returned for revenge.

"We offer you this delicious cornbread," said Chief Feathered Salmon, speaking on behalf of his tribe. The industrious Redskins spent all night baking fresh cornbread, which they offered to the white man as an olive branch and gesture of "no hard feelings."

After several tense hours, white people everywhere decided it was not a trap and unlocked their doors to accept the cornbread, which tasted great by all accounts. "It's the best cornbread I've ever had," said one grateful man, barely able to speak because his mouth was so full of cornbread that crumbs were coming dangerously close to falling everywhere.

This time, revenge was a dish best served warm! 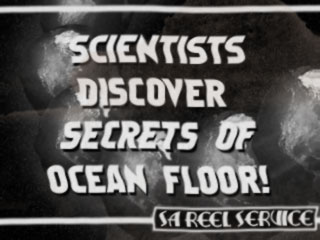 At long last the great mystery of what lies beneath has been solved! Or has it? A group of scientists organized an important gathering, assembling the biggest names in Hollywood, academics, literature, science, politics, and journalism. Their promise: to reveal the secrets of the ocean floor! What mysterious substance comprises it? What keeps all the water from simply falling and leaving giant continents floating in the ether? Tell us science! Americans everywhere want to know!

"The secret of the ocean floor is... SAND!" proclaimed a scientist, sending a wave of gasps across the crowd.

"We checked twice," added a peppy young assistant scientist before being shushed by his colleagues.

"Yes, sand. Sand and some rocks are what make up the ocean's floor."

Is it possible? Could the answer to the biggest question of our age be so simple? Not so fast, say skeptics!

A determined reporter raised his hand and poised this caper to the scientists. "How does the sand stay dry and not turn to mud?"

Oops! Looks like it's back to the drawing board for these scientists, who left the assembly with heads hung low and no answers to give. Here's mud in your eye, science! 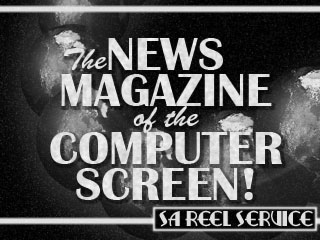