I've recently noticed a shocking trend in society, one so shockingly shocking that, upon realizing it, I thought to myself, "wow, that's kind of a shock!" What is this shock, I hear you asking? Quite simply there is a stunning lack of concern for the danger presented by monsters. Yes, monsters. Located under beds and hidden in closets across the globe, the monster threat is at an all time high... yet it is all but ignored by the media. News outlets like CNN tend to favor all the glitz and glamour of reporting on Taliban Militia or murderous Hockey dads, as opposed to exposing the one true threat we face in our everyday lives. 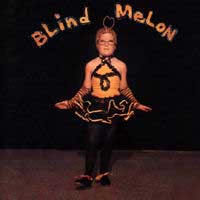 Not the same bee-creature I encountered, but equally horrifying.

I myself faced a horrifying monster encounter a few years ago. I was walking a date home from the ice cream social and I made a witty remark that would usually cause a date to laugh politely in that "thank god this night is over" sort of way. To my surprise, the sound of laughter was replaced by a sickening gnawing sound - my date was being eaten by some sort of bee-creature! I think its name was something clever like "Bee-afraid" (monsters are almost always clever), but that's besides the point. When I ran and told police about the incident, they just seemed annoyed. Apparently beating and sodomizing that colored man was more important than my little terrifying run in with the giant bee thing.

It was at that point I decided to take matters into my own hands; I created America's very first Monster Watch program, entitled "Operation: Rainbow Triangle", and handed out fliers to the members of my local community. While I received many beatings from loud, angry Texans who apparently would love nothing more than a monster-infested hell society, I soon started to amass a following. Two years later our group is three members strong and growing rapidly. Our theory is that the best defense against monsters is education. Protecting oneself from monsters is no simple task; with all the different monster types, it's nigh impossible to know exactly what to do when encountering one. However, you - the readers of Something Awful - will now have an edge to keep yourself protected with this easy-to-understand guide explaining how to defend yourself against the most common monsters. Next time some sort of demon or mutant tries to feast on your delicious face and gooey innards, you'll be able to quickly identify and deal with said creature of the night, or at least you'll briefly think of our website before being murdered.

First some basic monster fighting facts before I start the guide.

1) Whenever monsters may be present, stop making out in your car.
2) Seriously, stop making out. Are you fucking stupid?
3) DON'T GO IN THAT DOOR!
4) Saying "I think it's dead", instantly resurrects any and all monsters.
5) The stupider the monster-killing idea seems, the more likely it is to work.

There, now let's get into monster types.

Zombies: Zombies are your most basic monster type. Slow moving, dim witted, and always hungry, think of zombies as skinny fat people. The only real difference is that you'll rarely see a zombie on a sketch comedy show making a fool of himself for the amusement of others. Your main objective when fighting a zombie is to aim for the head. The mouth is the only real danger, so avoid it at all costs. If a zombie offers you oral sex, IT IS A TRICK. Do not let its mouth near your genitals or anus, as it will eat you. Simply attack the head with a gun or blunt object and the fat person will be destroyed. Or the zombie. I forgot which I was discussing.

Frankenstein: Frankenstein is a giant, undead monster brought to life through the dark power of science. Obviously, because of this, it is a Scientologist and will try to convert you at any chance it gets. Also, because it has a German name, it is clearly also affiliated with the Nazi party. Whatever you do, don't listen to its hypnotic babbling about L. Ron Hitler and the SS Sea Org. If you do you'll be powerless to help yourself, ensnared in his evil web of treachery. The only effective way to beat one is to incite a mob of angry German townsfolk with torches and pitchforks. Do not try to encounter Frankenstein unless you live in Germany or are at a local recreation of "Oktoberfest".

Bigfoot: While it goes by many names, Bigfoot is a creature you don't want to run into. These beasts live in forests and feed on children and other things native to forests. Giant and apelike in appearance, it would be easy to mistake Bigfoot for a hairy tree or NBA player. But before you run up and ask for an autograph from "Mr. Ewing", ask yourself a few simple questions:

"Why would Patrick Ewing be in the middle of the forest at night?"
"Why is Patrick Ewing covered in a thick layer of fur?"
"Why did I bathe myself in sumptuous A-1 sauce before I left my house?" 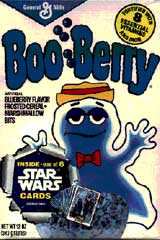 Watch out, Luke Skywalker! No force can save you from this sleepy-eyed terror! He's fortified with essential DOOM!

Had you asked for that autograph, you'd have been a tasty treat for the beast thanks to the rich flavor of A-1. The only way to stop a Bigfoot is to beat it in a race around the world. First one to reach Luxembourg wins, and winning will instantly crush the beast. Well, his spirits anyway. Those damn cocky bigfoots need to be put in their place.

Gamera: A giant, rotating turtle, Gamera attacks its enemies by spinning until they are nauseous and unable to defend themselves. It also has the power to turn giant buildings into cardboard and smash them to bits. Because of its sheer size, only another giant monster or possibly Ultraman, can defeat it. If seen, contact Ultraman immediately. He lives downtown by the Old Spaghetti Warehouse.

Boo Berry: The most horrifying of all monsters, Boo Berry fills children's stomachs with enough sugar to send just about anyone into a convulsing diabetic fit. No one knows for sure, but rumors also say it's naked under that sheet. He has no known weakness, so avoid at all costs. He is often seen cavorting with the ghosts from "Pac Man," whose doors swing both ways if you catch my drift.

Vampires: Vampires are your A+, #1 monsters. If there was some sort of monster highschool, the vampire would be the captain of the football team that got all the chicks and pushed around all the nerdy monsters like those stupid creatures from that book "Where the Wild things Roam." That book was so dumb. Anyway, getting back to my point, vampires are powerful, able to fly, and invulnerable to most weapons. They're like Superman but instead of kryptonite they're allergic to Italian food and Jesus. Protecting yourself from vampires is simple enough, however. If it's a night where you think you and a date will encounter a creature like this, order a delicious, garlicky meal from the menu. Don't chew gum, as that garlic breath is your key to survival. If you are bitten by a vampire, you will soon become a vampire and will get all of the cool powers and your parents will have to let you stay out past your curfew because sunlight will kill you. The only disadvantage is...um... wow, there is none.

Now I want to be a vampire, dammit. If only CNN would tell me how.