55 Ways to Save Eggs 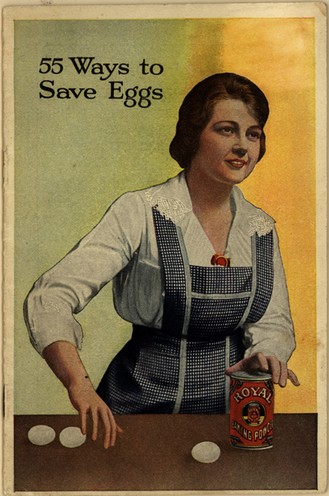 In tough economic times, it is important to scrimp and save whenever one gets the chance. That's why today's update is dedicated entirely to the honored art of egg saving. In the 1930's, egg saving was one of the four college degrees women were able to obtain. Though the academic portion has since died down, the craft still remains popular as a hobby.

The average egg costs somewhere around 12 cents. So for every nine eggs you save, you can reward yourself with a Reese's Peanut Butter Cup (no King Size.) How exciting. It isn't too late for you to get involved. Here are 55 helpful tips to help you start savings pennies.

1. Use increased amounts of cornstarch to substitute egg in recipes.

2. Read recipe carefully to ensure no mistakes and wasted egg.
3. Put edges around table to keep eggs from rolling off.
4. Baptize egg and teach it the power of Christ.
5. Freeze egg.
6. Push egg off the subway tracks at the last second.
7. Paint a rock to look like an egg.

8. Secure egg fence to keep out opportunistic wild foxes.
9. Secure egg finance to keep out opportunistic business foxes.
10. Don't eat egg, but eat those who plan on eating the egg (you are now the top of the food chain.)
11. Will egg to children upon your death, until then store egg in safety deposit box.
12. Wear a condom.
13. Hide egg in attic with outcast egg family.
14. Join facebook group "If this group gets 3 million users Obama will save egg!"
15. Draw your egg saving device here. 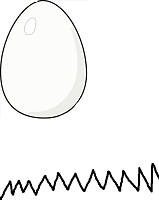 16. Use Eggbeaters or some other egg substitute.
17. Carefully measure a bag of sand to replace egg then outrun giant stone ball.
18. Invest egg in high yield CD.
19. 90% of lost eggs could have been saved if the egg had a gun.
20. Reformat egg and reinstall yolk.exe.
21. Dock on enemy base, bust egg out of jail cell, escape through trash compactor.
22. Don't do drugs.
23. After egg accidentally kills rabbit, woman, shoot it by the river before the others get it.
24. Place egg in basket and send down river, maybe it will be adopted by wolves or a bear or Egyptians or something.
25. Forcefields.

26. Buff egg's defense, cast scare on enemies.
27. You're either with the egg or against it--destroy all egg threats.
28. Draw your face onto the egg so no one can tell which one gets eaten and which one lives in the basement.
29. Let egg hit rock bottom before sending it to rehab.
30. Give CPR to egg.
31. Don't let egg hit rock bottom and instead put a pillow underneath it.
32. Never let egg out of your site.
33. Back up egg shell.
34. Have twins (two for one special.)
35. Luckily the bullet was stopped by the bible in the egg's breast pocket.
36. Go green?
37. ARE YOU A BAD ENOUGH DUDE TO SAVE THE EGG?
38. Give the egg an education.
39. Imagine four eggs on the edge of a cliff. Say a direct copy of the egg nearest the cliff is sent to the back of the line of eggs and takes the place of the first egg. The formerly first egg becomes the second, the second becomes the third, and the fourth falls off the cliff. Catch the fourth egg.
40. Make love not omelets. 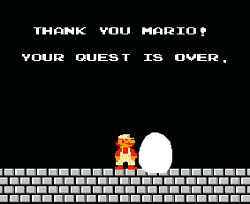 41. Run under Bowser and grab his axe (be sure you have the right castle.)
42. Tell everyone egg went bad.
43. Cut out egg coupons out of Sunday paper and use them.
44. Allow egg to live in bell tower.
45. Scan chicken parents to check for imperfections.
46. Surround egg with many similar eggs--they can't eat them all.
47. Tell egg to wait until marriage.
48. Give the egg a potion.
49. Release egg back into wild.
50. Cryogenically freeze egg until it must be thawed out in the distant future to stop mohawked Wesley Snipes.
51. Place egg in Egg Protection Service, sending it to Omaha with a new name.
52. Enroll egg in a self defense class.
53. Tell egg you love it.
54. Lower egg's cholesterol and prescribe Lipitor.
55. Learn to cook something other than scrambled eggs.