Space is a Waste 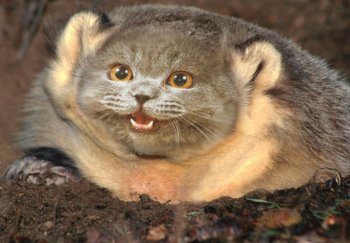 HAPPYBADGER WELCOMES YOU TO THE INTERNET!!!Mankind has always searched to find clues to our existence by exploring the unknown vistas just on the horizon. This is wrong and stupid. Sure, it was only natural for great explorers like Columbus and Captain Kangaroo to sail uncharted waters in the search of unspoiled islands and nab a boatload of sexy, exotic native women, but the recent exploration of space has been just a big waste of time and money. I'm sure in the 60's when the only form of TV entertainment was Hee-Haw, the moon landings were pretty exciting, but the only thing NASA has successfully done since then was to turn a teacher into an expensive firework, scarring children everywhere for life. Even the slightly retarded and huggable Tom "Moof" Davies has uncovered that robots are diabolic and not to be trusted. (SA was forced to hire him because of Affirmative Action, but we love him anyway.) Now with the recent launch of a billion dollar Battlebot on Mars that will probably get snagged on a Martian rock or smashed by a random hammer, we should really start asking ourselves, "Is it worth it?"

The correct answer is, "No, you fag!" We have squandered countless funds sending defunct robots and telescopes into space when we could be spending all that cash on important things back here on earth. Our inner city schools lack funding, our social medical programs is a sham, and I really need a new car pretty soon. Why can't we spend the money on stuff that is actually useful instead of looking at dumb Mars rocks? I spent all afternoon sitting in the tub (almost fully naked) while drinking some Papst Blue Ribbon, and coming up with some great ideas about what we can do with all the space cash. I'll give you guys a sneak peek at these groundbreaking ideas before I send them off to my state representive with a five dollar bill attached. It's going to be out of this world! Please murder me for using that last sentence.

Personal Pan Pizzas for War Veterans
Many people forget about the great sacrifice America's war veterans have made over the years, fighting wars halfway around the world in order to keep our country free from tyranny. That's why I think it's much more important to award these men and women of valor with a personal pan pizza instead of blowing our entire budget on space robots. What better way to show that we remember their sacfrices than with a delicious palm-sized pizza topped with pepperoni? Every single veteran should be awarded with one, except for the Vietnam vets because they were weed-smoking slackers that just shot babies instead of winning the war. In order to receive the said pizza, the Vets would just have to finish five book reports and hand them in to the proper authorities for inspection.

Cleaning up the Streets
It's hard to support the expensive space program when you walk outside your door and see filthy streets and sidewalks all around you. We should be using that money to clean up the dirty streets, and make them pleasing to the eye once again. The biggest problem is the filthy and crazy bums that sing drunken tales from the sea and place their box houses right in the sidewalk, blocking the pedestrian traffic of upstanding citizens. The government should create a special sort of street sweeper equipped with razor sharp blades that would drive through the city, sweeping the random derelicts into its thrashing maw where the bums would be horribly shredded into bloody ribbons and sold to Jimmy Dean for tasty hot sausage parts. This plan would work for the city, as well as sausage enthusiasts everywhere.

An early model. This one suffered a major heart attack from eating ham.

Robocop
Detroit needs a hero. A hero that is half man, half robot. A hero that will not take bribes or sleep in his patrol car covered in Munchkin crumbs until noon like most Detroit police officers. We now have the technology, and with the right amount of funds we can make this dream possible. The "Build a Real Robocop Foundation" was started by yours truly in my uncle's garage five years ago. The first experiments were horrible failures, but I thought it was because the bodies weren’t fresh enough. Once my uncle "volunteered" after getting hit on the head with a wrench, I almost had a working model. Unfortunately, I still had issues with power supply and I had to settle for solar power panels on his head and back. This proved to be his downfall while he was fighting some crime and a storm cloud passed over, enabling young gang members to spraypaint him and drag him around the city tied to their bikes. I feel that if the space money was given to my foundation, this will really work and the fantasy of Robocop will become a reality.

More Milk Mustache Ads
The newest report of "Board of Milk Poll Results and Dairy Waffen SS" have just come out and the facts show cause for concern. Thanks to this beef scare, milk drinking is down a whopping 25%. I think that drastic measures need to be taken to return the populace's trust, like spending millions of dollars hiring Hollywood's hottest talent to don milk mustaches once again. The public loves stars and is really dumb, so when they see Vin Diesel wearing a milk mustache on a billboard, their brain goes, "Oh boy! If Vin Diesel from 'The Fast and the Furious' drinks milk then I will be cool and drink milk, too!" I think this would be money well spent and they could probably should get Christina Aguilera and Britney Spears to do it because the milk mustaches will look like cum mustaches. It's funny because they're sluts. 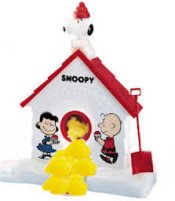 Watch out where the huskies go, and don't you eat that yellow snow!

Bring Back Snoopy Snow Cones
Do you know what I'm talking about? Those Snoopy Snow Cone machines from the 80's that were fucking awesome! You could make tasty little flavored snow cones and be the coolest kid on the block. This was the greatest invention since penicillin and instead of building more rocketships, the government should mass produce these and give them to every child in America. Hell, make one for all the adults, too. I think if this plan was adopted, we would see many of this nation's problems disappear. (Editor's note: I guess they are still making these things, but when I tried to order one it said they were out of stock! This is unacceptable and the problem remains.)

Great Wall on Mexican Border
I am not a racist man. In fact, I am fast friends with both Zachary "Spokker Jones" Gutierrez as well as Josh "Livestock" Boruff (I think he's Icelandic). The thing that concerns me about the American/Mexican border is the fact that millions of illegal immigrants stream over unchecked every year. Hordes of these people that can't speak English and produce dozens of babies are putting a huge drain on taxpayers' money. That's why we should invest in building a great wall on the border, rivaling the famous wall that was built in China centuries ago. Running from coast to coast, this wall should be at least 200 feet high and covered in sticky flypaper to catch any immigrant trying to scale over. The multitude of skeletons of Mexicans caught in the fly paper would serve as a warning for others, as well as the ghosts of the slain that would keep the wall thoroughly haunted. Who knows, if this idea actually gets adopted, they might even take my "let's mustard gas Canada" idea seriously.

Give Sports Players more Money
Clearly this is a problem that needs to be addressed. The season long holdouts of star players, whole leagues conducting walkouts, and the communist institution of salary caps is destroying our great nation's sports. The evidence shows that these men who are extremely talented in hitting and throwing assorted balls are grossly underpaid. The government needs to step in and reroute NASA's bloated coffers to help these ailing sports players. Did you know that Shaquille O'Neal would only make 26 million dollars this year and only 206 million over his entire contract? How can such a talent be neglected? Don't they care that he improved his free throw percentage from 40% to 50%, and that he can rap and act, too? The fat cat owners are not living up to their end of the bargain, and it's time to give these professional athletes more money. I think a billion dollars each and a free jet is fair thing to do. 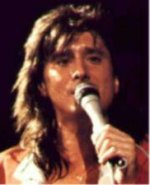 Give Steve Perry One Million Dollars
If anybody in the country deserves to given a million dollars it is Steve Perry of the totally rockin’ band, Journey. He is truly one of the greatest entertainers of our generation and could really use the cash right now.

Furry Roundup
If my state representative takes these ideas seriously and the NASA budget gets rerouted, I think a large portion of the money should go towards the systematic persecution of the furries at large. An extension to the newly founded Department of Homeland Security would identify and record the sexual terrorists to be entered into the database for future collection. Undercover agents would infiltrate online furry hangouts, rooting out the leaders of this movement and disintegrating the factions from the inside. Conventions would be raided with tear gas and animal tasers, breaking up any formal meeting of these types. Once the database is complete with the said sexual deviants, a final solution would be enacted, purging God's America from this most dangerous menace. We have the will and the means, all we need is the funds. Let's do this thing.

If you happen to be one of the five people on the Internet that read my fantastic ideas, I hope you are on my side on this space issue. If you are not, then let me know and I will try to persuade you further - with a knuckle sandwich! Well no, I'm not a violent person and don't have the gas money to drive across the country to just to punch someone for disagreeing with my point of view, but I might send you some penis enlargement spam or something. So remember kids, spending money on space is a waste, spending money on wine is fine. Holy shit, that totally rhymed and I didn't even mean to do that.