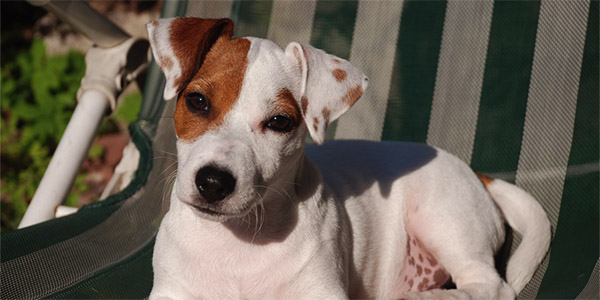 It's a common story: You have a guy, down on his luck, when suddenly, supernatural intervention turns his life around, or possibly topsy-turvy. It could be a body switch, or maybe a magic spell that turns you into whoever's sport coat you put on. Whatever it is, it sticks around just long enough to solve a persistent problem, and maybe, just maybe, teach you a lesson about yourself. Seems pretty natural, right? Well, those liars and crooks in Hollywood "forgot" to tell you what happens when this supernatural solution refuses to leave your life.

A little over a year ago, I didn't think much of dropping my lucky penny into a magic wishing well during that sudden meteor storm--it's just the kind of thing you do when you're bored. As expected, the next morning, little Richmond woke me up with his regular wet kisses, but he also had a little surprise for me: a furry muzzle full of the English language. Yes, I reacted with, "You can TALK!?" Don't act like you wouldn't. Over the next few months, Richmond and I became even better pals, and his words of wisdom finally got me that big promotion down at the office. And a date with Julie Smingler, who'd I'd been pining for since I started in the mail room.

If only things would have stayed that way. It turns out the limited business knowledge of a dog can in no way prepare you for working on The Big Account, so I soon found myself busted back down to mailroom supervisor. And Julie? Well, we only had a few dates before things petered out. Turns out we didn't have much in common--which is probably why I needed a talking dog to date her in the first place. Now I always carry a loose piece of mail to drop when I see her coming so we don't have to make eye contact--thanks a lot, Richie. That's the last time I'll agree to be fed lines via an earpiece connected to a goddamned dog. 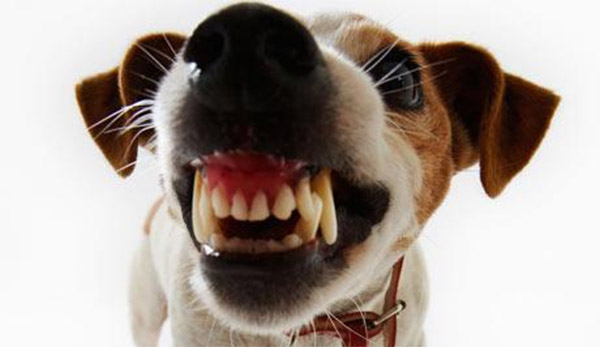 So, you'd think Richmond would lose his power to speak now that I'm a loser again. But you'd be wrong. In fact, he never stops trying to "help" me. "Maybe you could work out while binging on Netflix," he says, looking up from his bowl of pulverized hog snouts and anuses. "That unopened mail sure has been sitting there a while," he says, leaving a trail of discarded hair on every piece of furniture. And you know what happens when I try to put him in his place? He reminds me of all the times I masturbated in front of him. Well, not in front of him, specifically, but while he was in the room. And you better believe I would have kicked him out of there if I knew he would someday have the ability to tell my parents.

I once thought being blessed with a human language would make Richmond more civilized, but just because we can talk about the new House of Cards season doesn't make him any less of a dog. The first thing I hear when I walk in the door? A detailed description of the flavor of his own shit. "Oh Steve," he tells me, "Eating a handful of peppercorns really brings out the flavor." Yeah, I'll take your word for it, Richie. And have you ever lived with a roommate who was self-aware about his ability to lick his own balls? Because I swear to god it's all I hear about. Listen Richie, if nature made my sex organs so accessible, I'd be right there with you, pal. Instead, your prolonged self-love only exists to remind me of one more thing I can't do.

You know, maybe I'm meant to be a loser--that's fine by me. I had a taste of the big time, and learned not even the miracle of a talking dog could bolster my limited skills. But just try telling him that. "Steve, you're gaining weight again." "Steve, your crying kept me up last night." "Steve, I don't think you're supposed to mix rat poison with my dog food." If only he wouldn't stop "hounding" me! But seriously, if you see my dog out on the streets, do me a solid and kill him--he'll be the dog who's talking. Otherwise, I might have to kill all the personal enemies he keeps suggesting I kill. And I know for a fact "the dog told me to do it" does not hold up in court.