There's a Guy On Survivor Called The Wardog 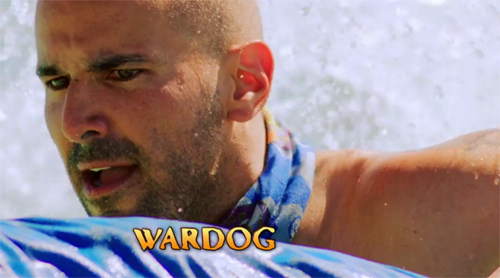 I'm pretty sure it's not his birth name. It's hard to imagine any parent hoping their baby's future involves wardogging and all the responsibilities that wardogging entails.

Occasionally the Wardog talks about himself in third person. Of course The Wardog does. Would anything surprise you less?

There is nothing a human could do to justify a self-designated nickname like The Wardog. Nothing! No one gets to have that nickname.

It doesn't matter if you're GREAT at war. Like, truly exceptional at it. A once-in-a-generation war guy. You still don't get that nickname.

You could personify all the qualities of a wardog. You could exude so many wardog-like traits that people confuse you for a wardog. People describing you could say, "He's like one of those... what do you call them... wardogs." Still, you would not be allowed to have the nickname The Wardog.

Let's say you're in a war. You charge a fortified strategic position all by yourself. You kill twelve enemies with your bare hands, a wounded brother in arms draped over your shoulders.

In the aftermath, as the dust and mist of blood settle and your fellow soldiers come forward to applaud, you say, "I would like for you to call me The Wardog."

Your comrades look at one another and remove their war helmets. The American flag flaps proudly in the wind. Patriotic music swells. 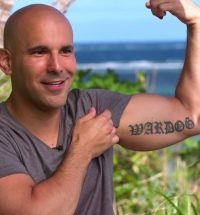 One man steps forward and salutes, then replies:

"Yeah, right! The Wardog? Get a load of this fucking guy over here!"

It is unfathomable to me that there's a guy on Survivor who calls himself The Wardog.

You might be wondering why I'm watching Survivor. Well I'll have you know that the previous season had a fantastic blend of strategic gameplay and unpredictable social dynamics, easily one of the top ten seasons of the show. More importantly, THERE'S A GUY ON SURVIVOR WHO CALLS HIMSELF THE WARDOG YOU'RE FOCUSING ON THE WRONG THING.

What the heck, man?

Oh, and there's a regular-sized lady on the show named Wendy who wears a gold chain that says BIG WENDY. She talks about herself in the third person too because of course she does. Wendy doesn't call herself The Wardog so this fact isn't entirely on topic, but I thought it was important to share in the interest of full disclosure. Just doing my due dilligence.

If there's one thing I'd like you to take away from all of this, one piece of insight about the human condition and society as a whole, it's that there is a guy on Survivor who calls himself The Wardog.