I manage to travel a few steps before I am stopped by a woman who claims to have just been assaulted by a bully. With yet another dangerous outlaw on the loose in my kingdom, time is of the essence. Hoping to find the location of her attacker as quickly as possible, I question the victim in my own special way. 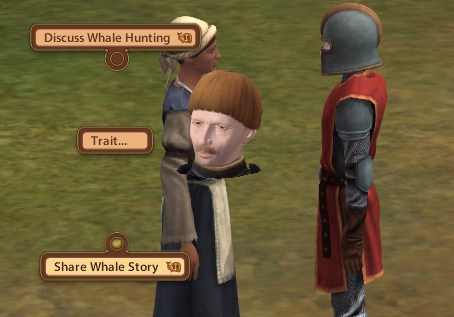 Luckily, the bully is still nearby, making capture easy. It's another woman! What in the world is going on around here? Even as a privileged evil sociopath I am loathe to punish the fairer sex, but this bully must be made accountable for her actions. To the stockades! 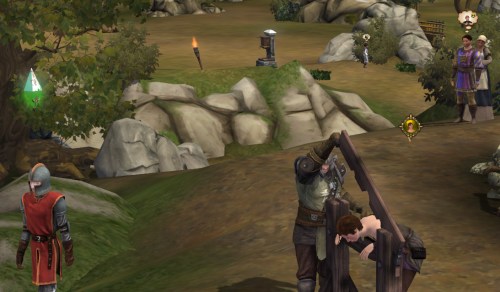 As she is locked into place, I publicly declare that she will be hit about the face with one egg for every blow she has landed upon her victim. 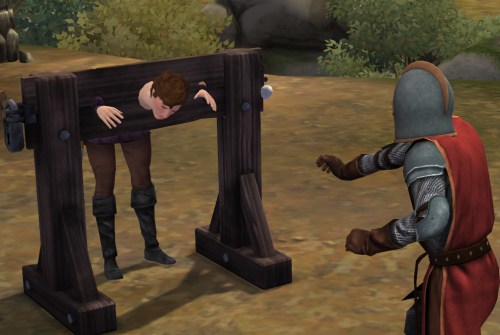 Soon, however, I declare that she will be hit with one egg for every egg that I possess. Eventually, I run out of eggs and return to the castle, having collected the materials that will allow us to build the final, necessary additions to the throne room. 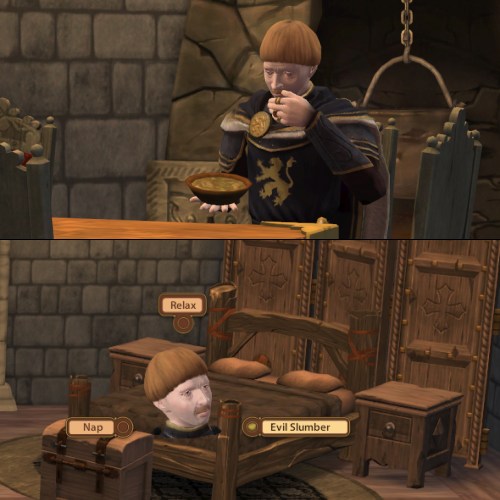 I leave my Build Master to the construction, occupying myself with kingly duties over the following days and nights. There's a lot of gruel to be eaten, a lot of evil slumber to be had, and the occasional beating at the hands of a female bandit to be endured. You only have to monitor your hunger and rest levels in The Sims Medieval and actions go by very quickly, so in the same amount of time that it would have taken me to salvage scrap from a junk pile in Sims 3, I can hunt a bear, emerge from the forest a bloody mess, get my wounds tended to, write a new anti-bear law, brew mead, get drunk, perform in a bard's play, and call someone a milky-eyed knave for absolutely no reason.

Finally, my Build Master calls for me, his excitement palpable. As a result of all our combined hard work, he is proud to reveal that he has transformed the throne room from this: 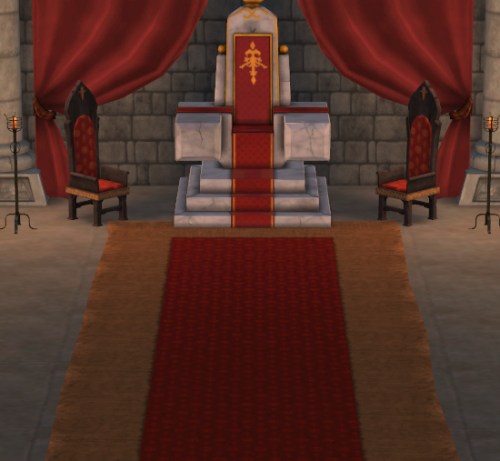 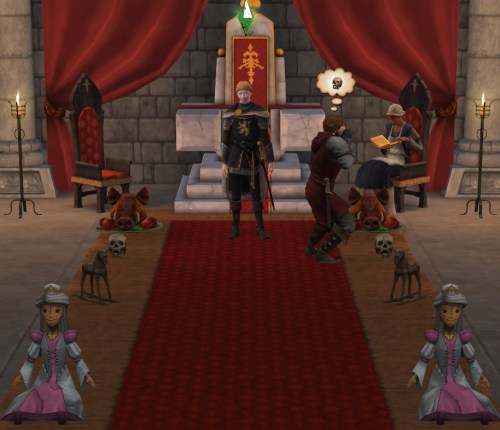 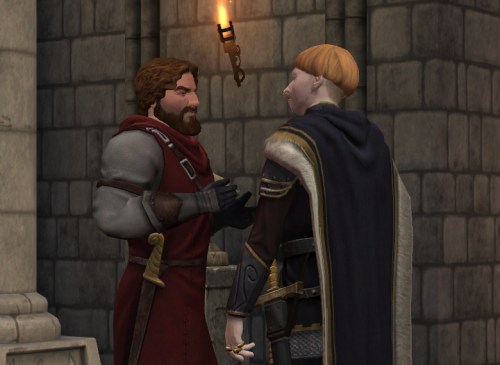 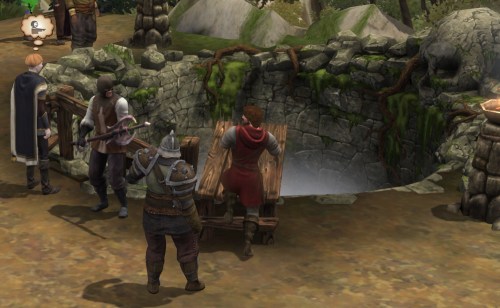 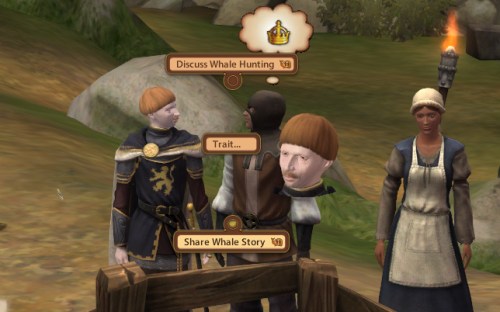