Wink Martindale is a cruel genius. He's the kind of man who will invite a friend to picnic with him in a park and then stabs his companion repeatedly in the throat for no other reason than to watch the way their blood sprays and spurts out of their neck. Wink Martindale is a hateful artist. He will crouch down, low in the dust, and drag one finger of his murderer's hand through the cooling pool of sticky crimson and then write a poem on the dirt.

Wink Martindale is the world's greatest lover. He injects testosterone directly into the shaft of his penis so that he can remain rigid and stimulated for dozens of hours without pause. He is a man with epicurean tastes, preferring to dine on truffles and caviar placed on a platinum inlaid serving tray that balances on the back of a woman he is balls deep in. He will drink champagne from the skull of a saint mid-coitus if it offers even a slim chance to provide him with a febrile hallucination akin to a religious vision.

Wink Martindale buries cowboys up to their neck in the hard pan dirt of the desert and drives off laughing. He doesn't even care enough to watch them die.

Wink Martindale is your best friend. He will be there for you when the chips are down. He will spend long hours on the phone with your sobbing daughter and he doesn't even want to get into her pants. Wink Martindale will read your eulogy and then set up a scholarship fund for troubled teens in your name. He will cry when he thinks about all you might have done with your life. He will write your obituary and leave out the time the two of you got drunk and dared each other to have sex with a sleeping cow. 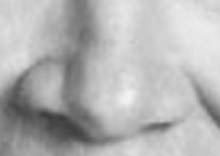 Wink Martindale is your worst enemy. He will gain your confidence and betray you at a critical moment. He will do anything it takes to get into your sobbing daughter's pants and he plans on taking pictures. Wink Martindale will spit on your grave and steal your birth certificate to create a fake identity. He will laugh when he thinks about how he got away with murdering you. He will write anonymous letters to the editor that includes evidence proving you had sex with animals.

Wink Martindale predicted the last big Earthquake in Japan by looking at the surface of the moon through binoculars. If you ask him Wink Martindale can tell you how long you have left to live, but only because he shoots everyone who asks him with a revolver as a joke. His favorite console is the Playstation 2 but he likes the Gamecube "okay" and thinks the Xbox's hard drive is "pretty neat". Wink Martindale has not beaten a roleplaying game since "Bard's Tale II" but he got all A ratings in the first day of owning "Gran Turismo 3".

If you're frightened of dying, and you're holding on, you'll see devils tearing your life away. But, if you've made your peace, the devils are really Wink Martindale, freeing you from the earth.

Wink Martindale thinks Mexicans are stupid but does not consider himself a racist. Disco is not dead, at least not in Wink Martindale's house it isn't. Wink Martindale has forgotten more about martial arts than you will ever know. Wink Martindale hosted a discussion panel with former president Jimmy Carter and halfway through the proceedings hurled a tabletop through Carter's chest. You can only see Wink Martindale out of the corner of your eye. If you try to focus on him he dances out of sight like a hummingbird.

Wink Martindale does not smoke but likes to be around people who do. He is involved in a trademark infringement lawsuit with the actor who portrays Chairman Kaga on TV's "Iron Chef". Wink Martindale once climbed to the top of Mount Hood and then took a nap. Wink Martindale was married to the sea but grew jealous of the Kraken and filed for divorce citing irreconcilable differences. He wants you to fail.

Close your eyes and imagine a place far away from the tumult of the world around you. Travel deep inside yourself to this place, a quiet refuge that only you know about. Concentrate on every detail of this place. The way the air smells, the temperature, the feel of the floor beneath your feet. Wink Martindale knows about this place, and it's on a short list of things he plans to set fire to.

Wink Martindale is the Alpha and the Omega, the first and the last, the beginning and the end.

Hello friends and heartless communist sympathizers, Livestock here with the latest dirt from the street. According to my sources, namely me, the SA Forum Goons have released a new shipment of images. I have taken the liberty of acquiring a batch of them for your viewing pleasure. The flavor of the week is "Movie Crossovers" and you can bet a lot of money or valuable monkeys that comedy is in the cards. Here is a picture that you may look at: If you want to look at more pictures, simply click here and watch the magic happen. For an interesting article on birds, click here! Hah, fooled you!