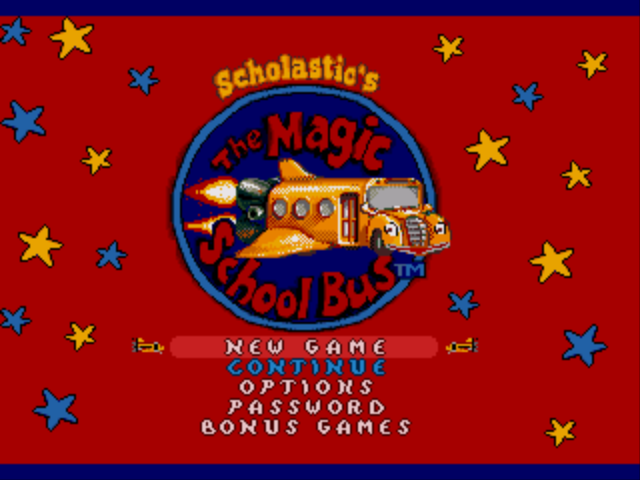 At A Glance: Finally, it's time for me to face the music. By sheer luck (and the fact that previous writers have already covered a lot of the travesties I was fond of), I have never reviewed a game that I actually enjoyed as a child. My winning streak's over, cuz I wasted several hundred hours of my innocent toddling years on this particular piece of blipping garbage!! I had hope that because this was the Sega version and I enjoyed the PC version, my dignity would be spared. But who has dignity on the Internet, anyway? 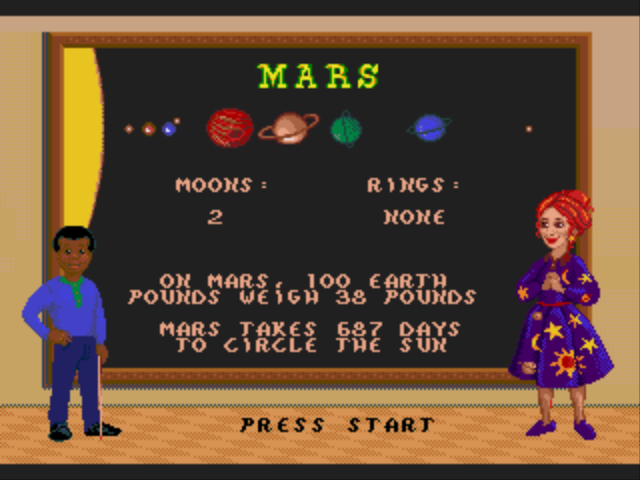 This game is so gosh-darn educational I can feel my sense of humor evolving!!Story: Before the Internet, being a nerd meant one had to engage in strange rituals, such as "reading books" and "learning things." In that Age of Yore I was but a little nerdlet, so I loved the book series The Magic Schoolbus. The delightful Ms. Frizzle teaches kids awesome shit about science (such as dinosaurs, which are very definitely science) on zany field trips! In this video game adaption we're having an educational vacation... in space! Unfortunately, Frizzle's habit of sending small children to galavant about between acid rain droplets does nothing to ease the "psychotic redhead" stereotype. Then again, the only person she seems to kick out of the ship is a hideous troll infant, so maybe Ms. Frizzle is merely an upstanding fan of eugenics. Beep beep, learning is fun!

Gameplay: Each "level" is based on a planet, which you can select and choose to replay. I don't know why you would, because each planet is a series of minigames practically identical to the others. There's the shooting rocks in space level, where you get to fly in an AMAZING 3D environment but in fact have no role greater than being a lizard's verbal punching bag; the "landing" level, where children can fufill their lifelong dream of controlling quickly a spaceship falls through a clusterfuck; the shuffle level, where-- Why am I telling you this? You can't fuckin' beat SCROLLING PLATFORMS! As Dongo, The Living Hunchback Fetus, you dodge obstacles in your quest to reuinite  irresponsible facist that tried to purge you! ...but mostly you just go right. Oh, sometimes you find vehicles that 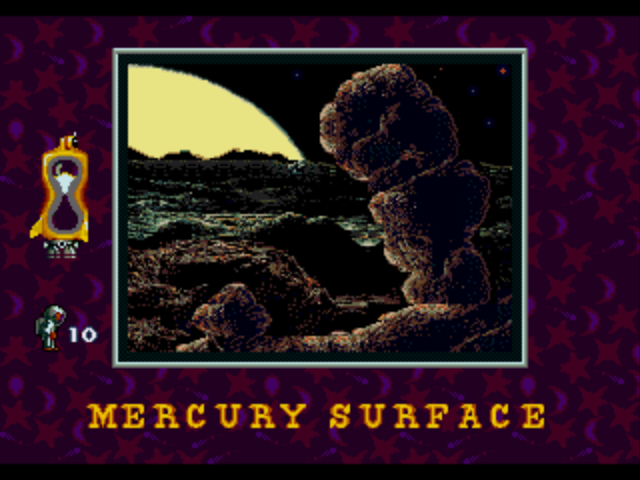 Poop joke.Dongo can only make go forward for a few feet, on account of being a few chromosomes short of a full booster pack.

Spacerides aren't the only things that are superfluous in this game. There are also bizarreorbs that increase your mysterious "score" -which, as far as I can tell, does jack shit. Any child retarded enough to find this fun is not going to be able to grasp the refined nuances of competitive gameplay. But for all its flaws, I really don't care, because JESUS FUCK THEY TELL YOU WHAT THE CONTROLS ARE IN-GAME HOLY CHRIST.

Graphics: With the exception of poor, mouth-breathing Dongo, the graphics are pretty okay. Sure, some of their depictions of hazards are questionable, but the 3Diocity of the flying-in-space level is commend... aww, hell, I don't even know. Why do I bother pretending? I get so many emails from shining beacons of the Video Machine Game Community, bringing my to justice for my inability to memorize the relative graphics capacities of every console ever created. I give up; I'm going to plug myself into my Virtual Boy and weep softly, to share a moment of intimacy with my failure.

Sound: We might laugh that we now have the fucking Tokyo Philharmonic performing Final Fantasy MMLCQ music, but you'd wipe that grin off your acne-pocked mug if you recalled the magic of looping midis.  I don't think I can call each track a "song" in good conscience. They're more like audio descriptions of regrettable drug trips, from "secret agents trapped in a Tiger Handheld game choking on aluminum cans" to "the back room of a seedy bar ceiling-high with nuclear waste where the 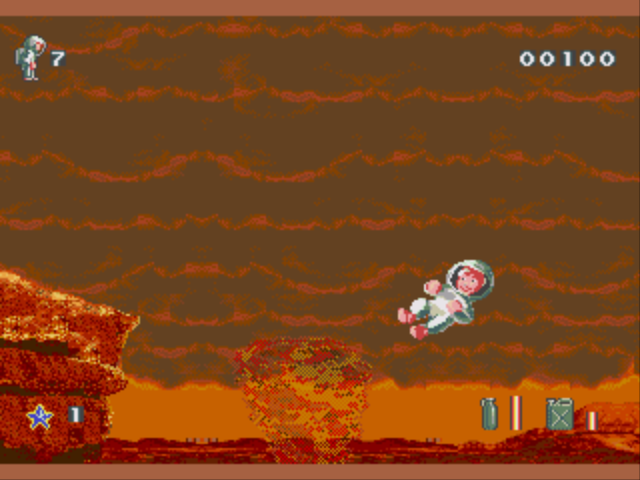 Fart joke. cast of Sonic the Hedgehog 2 is shooting up heroin." To give you an idea of how bad this shit is, when I finally muted the game and put what turned out to be my high school music collection on shuffle, I was glad to hear the fucking Goo Goo Dolls.

Fun: For the most part Magic School Bus is stupidly easy -I'm convinced some levels are impossible to fail. But this just lulls you into a state of brain drain, so that by the time anything remotely difficult comes along you're apathetic enough to sacrifice your space-hobbit rather than press A to jump. Speaking of brain drain, this shit fails hard at the educational aspect; the only thing it taught me was how to identify what space-related objects would look like if rendered by a shitty Genesis engine. Oh, I've also learned that, with the magic of educational "entertainment," it's possible to make OUTER FUCKING SPACE WITH FUCKING METEORS AND SHIT boring as a weekend at Grandma's. And Grandma is dead.

Defining Moment: I actually owned the book this game was based on. It was called The Magic School Bus Lost in the Solar System, and it served as my pathetic proto-nerd security blanket. Cuz see, it was "funny!" There was a particular joke that was so incredible that would regurgitate it relentlessly to any parent, peer, or, small animal unfortunate enough to be confined. While playing this game today, I found solace in that simple joke, and the warm knowledge that at least the original book was cute. Until, well... they reproduced the joke. Verbatim. ...AHAHA IT'S A BANANA!! IN SPACE!! MOM IT'S SO FUNNY!!! MOM GUESS WHAT??? SEE IT'S LIKE A UFO, ONLY, ONLY...!!

It didn't help my shame that they fucking ran it into the ground.