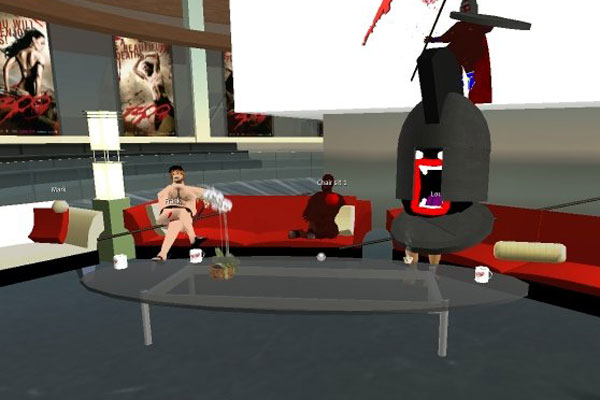 Greetings, posterity. I hope I find you well.

I am Peteaus, chief rhetorician, accomplished pederast, and itinerant barber for the great and powerful Spartan Army of the late King Leonidas, a thousand blessings upon his name.

Your generation lavishes unwarranted praise upon the insipid abilities of Chuck Norris and his puny "roundhouse kick." We Spartans once slew an oncoming force of 10,000 elite Persians with a single phalanx. We left our newborn children on windswept mountaintops to ensure they were strong enough to survive. We required that wives dress like men on their wedding night so warriors avoided spiritual disloyalty to their brothers in arms.

We revolutionized and perfected the idea of the fascist warrior state, and the best challenge you can mount to our legacy is Walker, Texas Ranger? Chuck Norris couldn't strike a Spartan child without having his skeleton shatter into a boneless bag, fit for a lonely future as a hirsute loofah in one of our relaxing group baths.

But in all honesty, being the indisputable masters of war gets rather boring. People expect you to win, so you have to make things interesting. Wield a sword with your non-dominant hand. Thrust your lance forward in unconventional time signatures. Garrote a man with a harp. Hades, sometimes I even stabbed myself in the leg beforehand just to give my opponents a chance!

So we're preparing for war against the Persian Army, which was led by Xerxes, a man who called himself "the Godking" and once had an uncooperative river whipped 300 times just to prove he was hardcore. Such a display might have been intimidating were we salmon or tadpoles or perhaps a swan with unusually poor reflexes, but as men of unparalleled soldierly skill we felt no fear.

We assembled a force of 300 men to repel one million invaders and immediately regretted the overkill. King Leonidas was trying to figure out how to keep us from having too easy of a time of it, because when we get bored we get rowdy and when we get rowdy we start singing karaoke and it's really quite unpleasant. Then, this hunchback named Ephialtes suggested that we do the ultimate unexpected thing and lose. A revelation rippled through the ranks. The story of Spartan victory had become old and trite: a loss, on the other hand, would be told and retold throughout the ages!

So we did it. We allowed Ephialtes to "betray" us, snickering all the while. When a Persian spitted me on his spear, I had tears in my eyes--but they were tears of laughter rather than pain. Thus satisfied that we had achieved the ultimate in armed unpredictability, we prepared to descend to Hades.

But then, some uncharted eddy in the river Styx spun us away from the jaws of Cerberus and into a very different place.