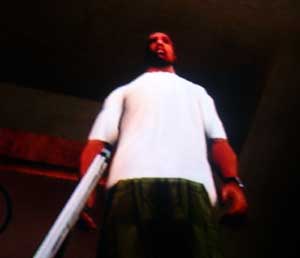 Oh boy I'm a "gangsta". This sure beats having fun!When the first Grand Theft Auto game was introduced on the PC in 1998 the title created a whirlwind of controversery on Capitol Hill. Senator Joe Lieberman was one of the game's most active opponents. Lieberman futilly attmpted to pass bill after bill through Congress that would ban the sale of the video game and others similiar to it. That didn't stop Rockstar Interactive, one of the nation's leading game publishers, from continuing the series that focuses primarily on crime. In October of 2000 Rockstar released Grand Theft Auto III, the first 3D version of the legendary game series. It was a breakout hit that few gamer's expected. Arriving with as little fanfare as a game can have, GTA 3 broke all the rules. It wasn't just a driving game, GTA III was a living, breathing city. On Liberty Island players could not only follow the main storyline of the game by doing missions for various crime lords, but also branch off into other areas of interest such as driving a taxi cab, working as a paramedic, or selling ice cream in an ice cream truck. GTA 3 set the bar for third-person action games and it's subsequent sequel, Grand Theft Auto IV: Vice City, raised that bar even higher. It is now 2004 and Rockstar has a lot to prove. After GTA 3 and Vice City are gamers tired of the now popular "go anywhere, do anything" formula that Rockstar has perfected? With Grand Theft Auto 5: San Andreas, Rockstar is set to break all the rules. Again.

Set in the city of San Andreas, Grand Theft Auto V tells the story of a man fighting against all the odds. His father killed, his gang in shambles, his neighborhood in ruins, Carl Jordan must travel across the city of San Andreas and take control of the streets again. He'll do so by doing missions for his friends and family, drug lords, pimps, and whores. The amount of stuff there is to do in San Andreas is astounding but once you actually start doing those things it becomes almost impossible to muster up the will to complete them all. San Andreas is filled with a lot of littles. A little bit of sneaking gameplay, a little bit of rhythm gameplay, a little bit of first person shooter gameplay. This sounds great on paper but the problem begins to surface once you actually play these different gametypes. During sneaking missions the player is given a broken radar and horrible camera controls. The rhythm games are impossible to win. The bulk of the game, however, is made up of driving, and even that is horribly broken. In order to do missions you must drive around the city finding people to do missions for. This would be fun if not for the streets made of ice. Turning a corner becomes a chore. Even the fastest cars spin out easily. It seems as if Rockstar made the analog controls a little too sensitive. I could easily look past these flaws if the story were engaging, but Rockstar seems to have dropped the ball there too. 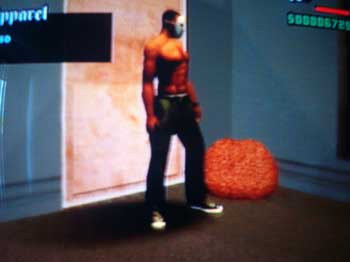 No offense guys, but this is getting kind of gay.When the first spoken lines of San Andreas are uttered it becomes clear why this game has such broad appeal. The language, while acurately reflecting the way people of color speak, is crude. Every four words a four-letter word is spoken. Now, I'm no prude but it seems to me that when you brush away all the swears the game has absolutely nothing of substance to say. Such empty content certainly appeals to the 13-17 year old demographic that this game targets. I find the gaming industry to be in a sad state of affairs when games such as San Andreas that appeal mostly to the less cultured and uneducated people, are at the top of the sales charts and games such as Ico, Rez, and Katamari Damacy are ushered into the bargain bin just weeks after release.

The story gains a little steam in the middle but finally fizzles out during the last "turf war" between the Grove Avenue Gang and the Inglewood Ballers. The last mission is ridiculously easy. There is no challenge at all. The enemies just stand there or run around in circles while you mow them down. The ending dissapoints as well. It features CJ just walking around with his homies and then the credits roll. That's it? I beat this game in 20 hours and that's all I get? Sorry Rockstar but I can't really be bothered to care about your little uninspired gang stories if all I'm going to get at the end is what basically amounts to a "GAME OVER" screen.

The graphics and sound are probably the only things this game does right. The graphics really push the PlayStation 2 to the limit and look better than most Xbox and PC games. Featuring a whole new engine with a host of special effects, the city of San Andreas is rendered in picture perfect glory. Shiny cars reflect the world around them. Bump mapping brings out insane amounts of detail in the city streets. Normal mapping makes the characters come alive. If you would have told me five years ago that the PlayStation 2 would be pumping out these kinds of graphics in 2004 I would have called you a liar. The size of the city is huge, almost twice the size as Grand Theft Auto 3. 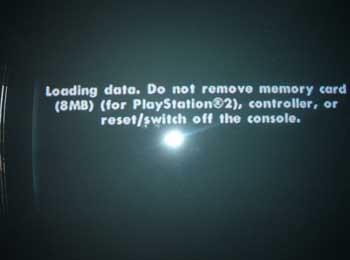 You'll be seeing the loading screen more than you are actually playing the game.But all these great graphics come at a price. Incredibly long load times plague the game from head to toe. Be prepared to wait up to a minute or two just to enter an indoor location. The game also stutters and freezes occasionally while waiting for the CD drive to catch up. The only other negative aspect of the graphics is that most of the art style is lifted from True Crime: Streets of L.A.. Rockstar must have really liked that game because almost every location in the game looks exactly like a locale from True Crime. If I were Activision I would be preparing my lawyers for a huge copyright dispute sometime in the near future.

The music is equally impressive featuring a wide range of genres and styles. There are 10 radio stations total with most of them playing rap and hip hop such as Snoop Dog and The Notorious B.I.G. Other radio stations include an alternative station, a talk station, a classical music station, and a latin/salsa station. While rap music may alienate a good portion of the game's audience, there is enough musical variety for everyone. The voice acting is incredible featuring such talent as Samuel L. Jackson, Sean Penn, James Woods, and Dave Chappelle. Surprisingly, Charlie Murphy fills the role as CJ perfectly.

Those of you with the new PStwos should take caution. Our test machine, a brand new PStwo purchased from the Valley View Mall in East St. Louis overheated after just 30 minutes of playing the game. The textures began to flicker and the frame rate dipped into the single digits before the game froze altogether. Everyone in the office smelled something strange before we realized the PStwo was overheating. It was too late. After rebooting the system the game simply wouldn't start. We tried the game on my modded PStwo and the game killed that system as well. We asked the cashier at EB Games if overheating was a widespread problem and he said that San Andreas pushes the PlayStation 2 well past it's limit and causes the smaller models to overheat. We bought another PStwo with a much needed warranty plan and we've had no problems since then.

This is a tough game to review, not because of all of the hype surrounding it, but because of the way Rockstar Interactive intimidates reviewers into giving their game a good score. Rockstar sent a letter to every review publication, including Truth Media, and basically said that their game must recieve a good score. No, they did not outright say it, but if you read between the lines you could see where they were coming from. Truth Media is not a publication that can be bought off with free games and coupons. We want our readers to know the truth about which games to buy, and which games to leave to rot in the bargain bin. Grand Theft Auto V isn't even fit for the bargain bin.

I cannot recommend this game to anyone with half a brain. The title mixes horrible gameplay and violence into one neat little package that can be consumed in a matter of hours. There is nothing of substance here and I would reccomend that Rockstar get their act together and stop poisoning our industry with their insulting games. Everybody should go and get Halo 2 instead of this trash.