Do These Good Ethics

Feel like a dumb jerk? It's probably because you do game journalism and you don't got ethics. Everyone hates you. You ruin everything. Try doing some ethics once in a while. Any of these ethics or all of them. Do them on a Kotaku or a Polygon, do them in the free time between your hug class and your thoughtful baby support group.

Say "no" when someone at one of your fancy game journalism parties crushes a rare NES cart into fine powder and offers you a rail to snort. 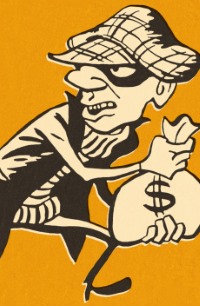 Games journalism at work!!! If you ask me!!!Refuse to accept the many bribes that definitely come your way every week.

Stop tossing an Oculus Rift headset back and forth with one of your colleagues, just out of reach of a gamer standing between the two of you.

Write a game review that does not conflict with the opinion of anyone in your audience. Many of them have spent weeks or months on forums building hype for the game, and are certain it's going to be great. Just as many think it's going to be terrible, perhaps because it's on a platform they hate or because they just don't like the first group of people. Your review must align with all of these people's thoughts. Otherwise someone will bring up the devastating fact that one time your publication gave a high score to a game they disliked.

Don't sneak into game stores and rub poison on all the controllers.

Stop insulting your audience by claiming that games have unfulfilled potential and are being played by lots of different kinds of people.

Never hold someone in a secret blacksite facility and have them tortured, even if you're pretty sure they know the release date of The Last Guardian.

If you see an old woman crossing the street to buy an Xbox One, come to her assistance by turning her around.

Pay attention to the many disgusting things that YouTubers and streamers get away with: Unlabeled promotions, paid endorsements posted as reviews or genuine first impressions, early access to games in exchange for an editorial slant dictated by the game's publisher. Now continue to not do any of that stuff. Take all the blame for doing it while streamers make shitloads of money and game companies high five one another for circumventing your pesky reporting.

If you find a 3DS in the street, try to return it to its owner by comparing the Mii's face to those in the crowd around you.

Stop leaning against the entrance to GameStop smoking e-cigs in matching Game Journalism biker jackets, scaring passing bloggers by pretending to punch them.

You’re in a desert walking along in the sand when all of the sudden you look down, and you see a gamer. It’s crawling toward you. You reach down, you flip the gamer over on its back. The gamer lays on its back, its belly baking in the hot sun, beating its legs trying to turn itself over, but it can’t, not without your help. But you’re not helping. Why is that? Help the gamer.

Civilization: Beyond Earth
Removes Civilization V's inviting color palette, implants a tech tree that seems to have been farted out by a mechanical spider having a seizure. 7/10

Call of Duty: Advanced Warfare
These futuristic double jump boots really make a huge difference as you zoom through the same campaign for the eighth year in a row. 5/10

Lords of the Fallen
Inspired by Dark Souls, particularly the framerate in Blighttown. 5/10

Sunset Overdrive
As wonderfully colorful as it is obnoxious, and it's very colorful. 6/10

Bayonetta 2
This game is a reminder that if you have a gaming PC, Wii U is still the only console worth buying right now, and that continues to make me laugh. 9/10