Tired of people revealing major plot points from hotly anticipated games mere hours after they've been released, forcing you to abstain from video game websites and forums until you've played through them yourself? We're here to fix all that by spoiling those games weeks and sometimes months before they actually come out. How are we able to do this? By harnessing the power of the atom, and also guessing. Mostly guessing. 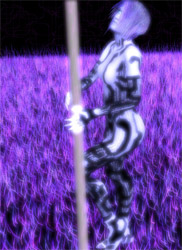 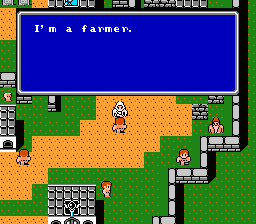 Wii Sports
Five engaging sports games that will put 90% of us through the most physical activity we'll face all day outside of the bathroom. 8/10

Excite Truck
"Keep on truckin' three hundred feet into the air as flames from a nitro boost shoot out behind your vehicle and you attempt to crash directly into a crowd of your competitors", the catchphrase that just wouldn't fit on a bumper sticker. 8/10

Red Steel
The adventures of Rubber Arm The Awkward Asshole versus the army of men with no blood. 6/10

The Legend Of Zelda: Twilight Princess
And thus, a horrible new breed of fanfiction featuring wolf-Link is born. 9/10

Tony Hawk's Downhill Jam
It's a racer, it's a trick competition, it's... lunch time, just send what we've got out for final duplication. 5/10

Rayman Raving Rabbids
Suddenly that decision to spend my life savings covering my house with neon signs that read "No rabbits please" doesn't seem so crazy after all, does it? 8/10

Call Of Duty 3
Idea for Call Of Duty 4: experience the war from the perspective of a Russian soldier who lost his keys and spent the entirety of the war trapped in his own house. 7/10

NBA 07
That new basketball design must have fucked up the NBA a lot worse than I thought. 3/10

Untold Legends: Dark Kingdom
I think these guys are really onto something with the option to play as a warrior, scout, or wizard and that whole "battle against the generic forces of evil by mashing the same button for ten hours" angle. 4/10

Sonic The Hedgehog
The sheer joy of running at incredible speeds through otherworldly landscapes is nowhere near as cool as standing around a dopey "realistic" town and talking to people, struggling to see what's going on thanks to a horrible camera angle, playing as extra characters you don't care about, and being force fed a pointless melodramatic story. 3/10

Superman Returns
Superman is blessed with the ability to fly past enemies he's trying to blasts, spaz out in hand-to-hand combat while on the ground, and employ Budget-Vision which makes the world around him look slightly disappointing. 3/10

Tom Clancy's Rainbow Six Vegas
This returns the series to its glory after the travesty that was R6:Lockdown, but think twice before spending your money on the Rainbow Six Miami and Rainbow Six New York expansion packs. 9/10

Viva Pinata
The most fun you can have with pinatas and a garden aside from Jerry's Plant-A-Pinata in El Paso, Texas. 8/10

Dead Or Alive Extreme 2
On the one hand there's essentially nothing more to do than ogle 3D models of women with breasts that adhere to their own special laws of physics, on the other hand I'm creepy enough to think that's sort of fun. 7/10

WWE Smackdown! Vs. Raw 2007
Infinitely more tolerable than the current lineup of WWE shows, though the same can be said for repeatedly slamming a hardcover copy of the Short Circuit 2 novel adaptation into the bridge of your nose. 8/10

ArchLord
I'm pretty sure that this is why cyanide capsules were invented. 1/10

The Secret Files: Tunguska
Pick up the hairspray, use the glue to attach it to the broom, give this to the sleeping bum who will give you a magnet to pick up a paperclip which will unlock a door to twelve years ago, when gaming moved past nonsensical adventure game puzzles. 4/10

Medieval 2: Total War
They say we only hurt that which we love most, so I suppose I love thousands of smelly men with funny accents. 9/10

Warhammer: Mark Of Chaos
It's sort of like Total War, but instead of depth and fun you get the ability to paint your armies. 6/10

Stronghold Legends
An ugly, buggy, unfun RTS game that abandons everything that made the Stronghold series tolerable... what's not to love? 3/10

Star Trek: Encounters
Engines are down, diverting all power to shit generators! 3/10

SOCOM U.S. Navy Seals: Combined Assault
When you shoot so many people that you need to make up a whole new country to riddle with bullets, you might have unresolved anger issues. 8/10

Dave Mirra BMX Challenge
Dave Mirra personally challenges you to play this travesty without crying, and he double dog dares you to buy twelve copies. 2/10

Yoshi's Island DS
For years I've been telling people that mixing ravenous dinosaurs with babies is always a good idea. 9/10