The following accounts of griefing are entirely real and entirely awesome. The names of the griefers have been protected because they simply don't have the time to read through hundreds of e-mails full of praise and compliments from dumb babies. 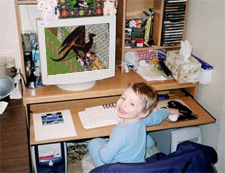 Back in '99 I logged into UO and saw some dumb fuck at the bank. As he struggled to comprehend the intricacies of his inventory bag, I concocted my master plan.

The guy left the bank and I followed him, staying close but not saying anything. At one point the retard stopped and said hi, but I remained silent like a predator hiding in the bushes. Eventually the guy kept walking, and I followed. This went on for eight hours. The dude had no idea what was going on. He fought monsters, mined for ore, fished, and went AFK for upwards of an hour at a time, and I was right there the entire time like an enigma that won't got away.

What's that you're doing? Skilling up 'bitch' to become a master at it? Too late, buddy. I already did it for you.

I was playing Gears Of War with a bunch of friends in a ranked game when one guy from our group left to eat and some pubbie joined the game in his spot. When the next round started, everyone pretended we were playing Tiger Woods '07 so he'd think he joined the wrong game. We met up in a destroyed (yet oddly beautiful!) alley and take turns swinging the chainsaw gun like a golf club, commenting on each other's putting abilities and club selection.

The guy stayed in the game for like half an hour and racked up at least thirty kills, but he was probably never the same again.

You got a little something on your face. Want a towel and some soap? You'll need some, grief is tough to wipe off.

So one night I logged into WoW and in Barrens Chat some guy was making Chuck Norris jokes and everyone was laughing like he was the funniest Paladin in the world. I told the guy to shut up because I didn't want to hear his Chuck Norris jokes. He told me "okay, sorry man".

Sucker. I really did want to hear those jokes.

My brother and I were playing against each other, as we do every Wednesday night. He lives in Canada and I'm in Miami, so it's nice to run each other over with tanks instead of talking on the phone or some stupid shit.

One night we were on the Semois map when I employed a new strategy. After building a few defensive positions and scattering my men all across the map so they'd take forever to find, I took a photo from my brother's wedding into the bathroom and jerked off to his wife. 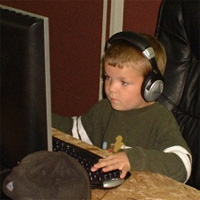 The internet is bloated with stories of griefing in Eve Online, but this is the best.

I created a "lowly" Amarr miner with barely a thousand Isk in the bank and infiltrated the game's largest corporation, playing the part of a clueless newbie who just wanted to hang out with cool people and mine without getting torn apart by space pirates.

For six months I climbed the social ladder, gaining the trust of the corporation's top people and making a name for myself as a standup guy who loaned money to anyone who needed it and spent hours training those who were newer than myself.

Eventually, I managed to get the corporation's leader in a private chat. The time had come to spring my trap.

Me: hey man give me all the isk all the isk in the corp
Leader: What? No.
Me: oh fuck you
Leader: What's going on with you?
Me: give me the money
Leader: No. It's the corporation's.
Me: ahh fuck i hate you
Me: dammit
Me: hey i got news for you, chuckles
Me: thats video game money
Me: u cant spend it on shit in real life
Me: hahahaha