The show isn't even that good. There was only one show that was worth having homo-erotic dreams about and that was SeaQuest DSV.

If this guy Colbert doesn't have big black security guards following him at every moment he should hire some immediately. 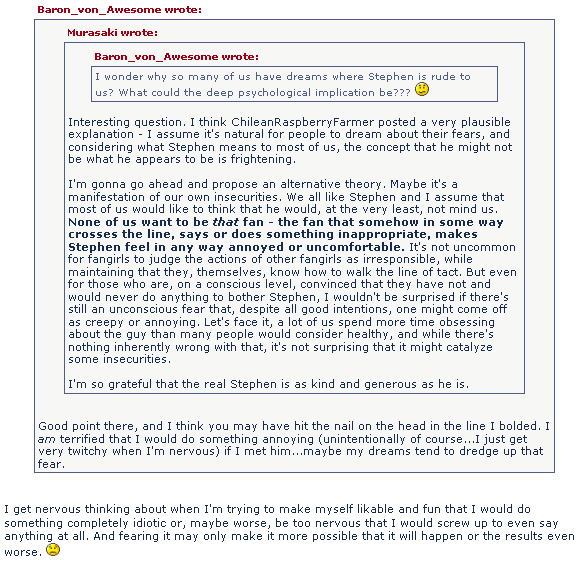 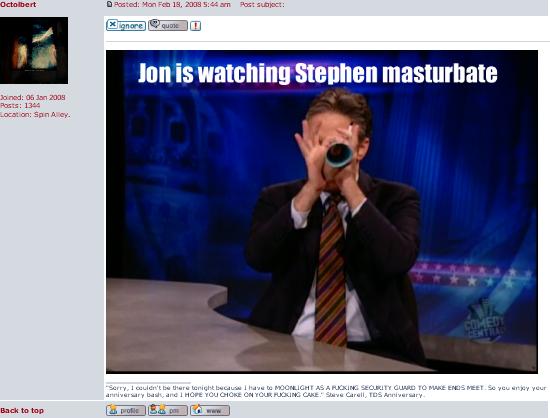 Just is just what we needed, Colbert anime!

Do furries have to ruin everything? Can you let us have one thing that you don't turn into anthropomorphic monstrosities?!

He better kiss him for giving him that career of his. And to think, none of this would have happened if that damn Craig Kilborn hadn't left The Daily Show. AND WHERE ARE YOU NOW, CRAIG? WHERE IS ALL THIS WRITING OF YOURS YOU NO-TALENT HACK? 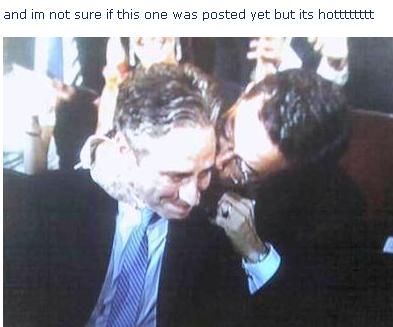 What a coincidence, this forum is the reason I lost faith in humanity.

Almost 50 votes total. At least half the people who watch his show also post on his forums!