When The Colbert Report started I was ecstatic. A liberal Jew-controlled comedy cable channel airing a conservative news program? I couldn't believe it either. Finally, a show that makes conservatives funny and says the kinds of things I'm thinking. But then I realized Colbert was simply fakebroadcasting. In this YouTube video Colbert lets horse face John Kerry in on the big scam. How betrayed I felt that day. Now it's time to hit Colbert where it hurts by making fun of his retarded official forums. That'll show him.

He'd do it too! WHY DO YOU THINK JON STEWART GAVE HIM THE JOB?!

The word "brilliant" is thrown around more often these days than "the". 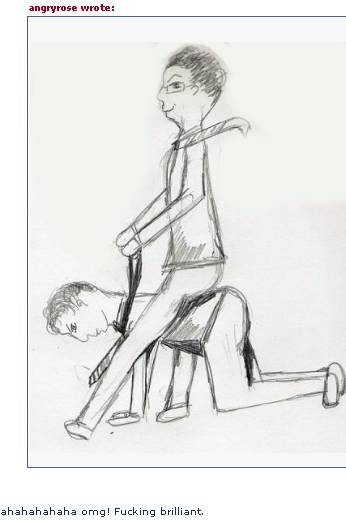 How many pubic hairs do you think are in these people's keyboards?

Anybody known to have posted on these forums should be arrested. 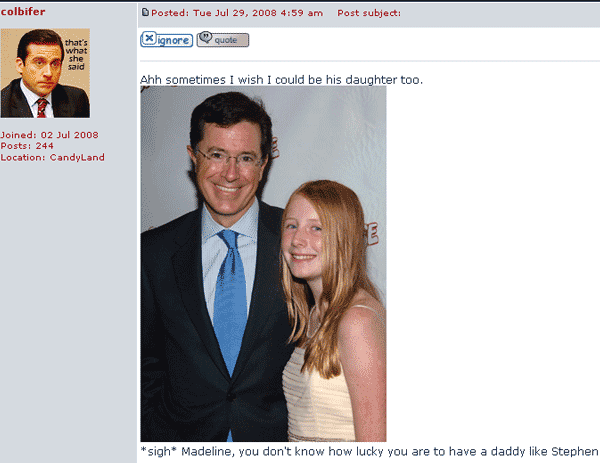 MST3K said it best. It's just a show you should really just relax. Of course, Tom Servo sucking and fucking fan art exists out there on the Internet. I've seen it. Ugh. 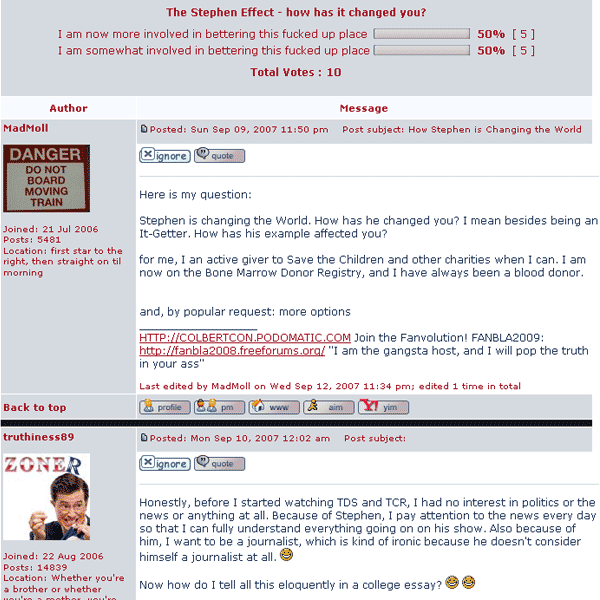 The Colbert Report is like those dolphins that help autistic kids to socialize. 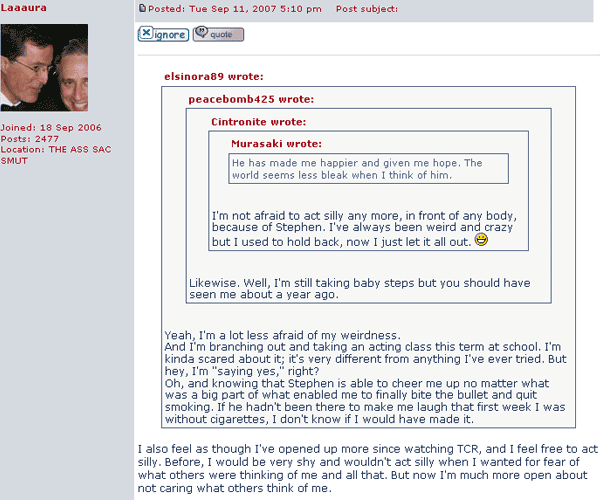 Send him an invite written in your own blood.