And here I thought this whole saga was over and "Ceciliantas" was going to go back to his keyboard full of pubic hair and meat. Now the girl is getting involved! This party is just getting started!

I'm going to produce a TV show called "Internet Court" where people from the internet can settle their disputes in my courtroom. After both parties tell their sides of the story I convict them both of faggotry and throw them the fuck out of my courtroom. It's going to be great.

OH NO!!! Please "Ceciliantas", please don't quit Everquest 2. PLEASE! You are the backbone of the Everquest 2 community and without you we would not be able to survive if we ever got into a plane crash in the Andes mountains and had nothing to eat.

You are done. You will never work in this internet game ever again. YOU HAVE FELT MY INTERNET JUSTICE.

It would be funny if someone went to jail for harassing someone in a stupid role playing game.

And so ends another episode of "Stupid Batshit Insane Everquest Player Gets Angry and Makes a Fool Out of Himself". 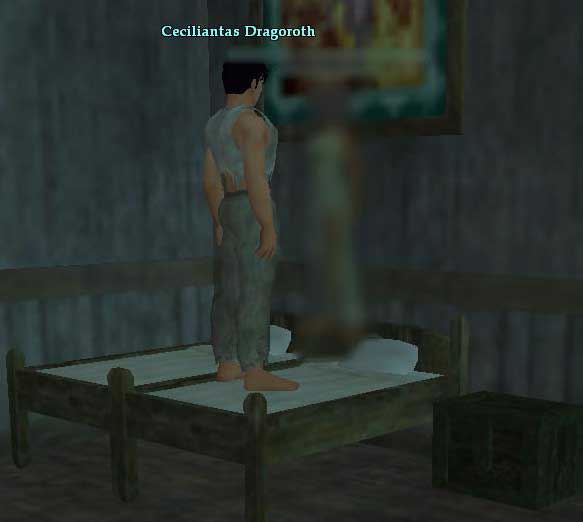 If for some ungodly reason you actually want to know more about this bullshit, there is an entire novelization of the events here.