TV on DVD. Bottled water must have sounded like a stupid idea at first, too. The rest is history. 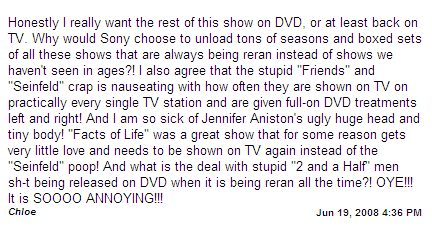 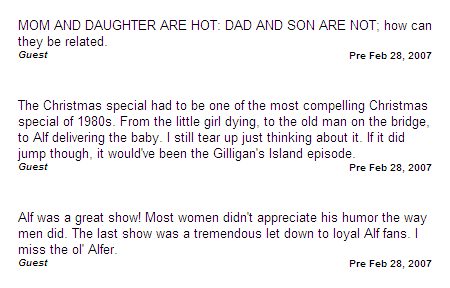 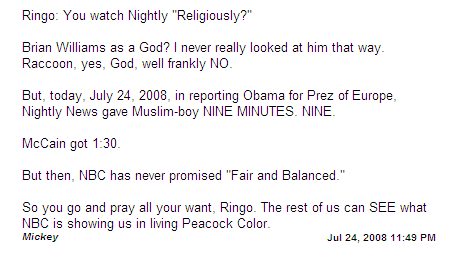 This post hearkens back to a time when TV was more innocent. "Breast and thighs" was as edgy as it got. Today the modern version of this episode would go something like, "HER ASS, BRO. I LIKE TO FUCK HER ASSHOLE."

She scored amazingly well with the pedo demographic. Now you know.

Okay, this is about the point where this Weekend Web jumps the shark. Let's move on.