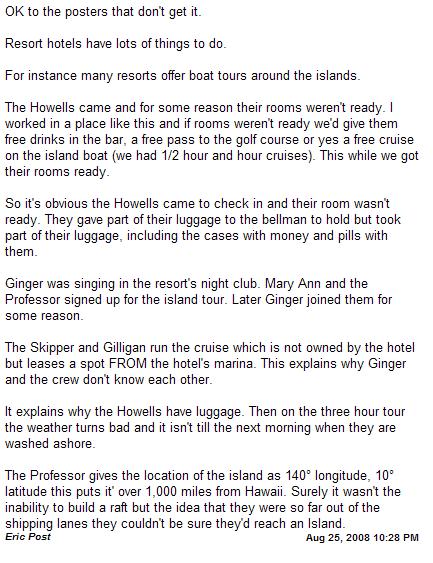 "Did the writers of the show think that people would never just sit there and one day do that math?" No, in fact, it was one of their constant fears and created turmoil on the set.

It's not as funny when you don't know what show they're talking about. I should have probably just deleted this post.

YOU SHOULD BE GLAD YOU DIDN'T FIND ANYTHING HOT ABOUT DOT. Jesus.

The writers of Lost are just trolling TV viewers. It should be pretty apparent by now.

Damnitt, another post that doesn't mention the show. I'm going to start thinking about not including these. I'm warning you images!

Now if only she could flush the myth that women don't poop.