If I wanted to play brown games I could have dug my Monster 3D card out of my closet and played GLQuake.

Dayum! You totally told that guy off on the Internet! His mama's mama is going to feel that one, G.

This guy just needs something to talk about until the PS3 is released in his territory about 5 years from now. Don't worry man, it's coming! 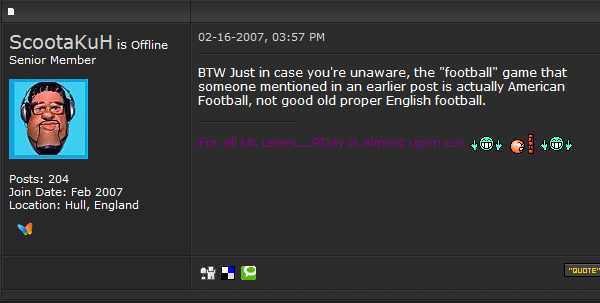 No, that's your girlfriend. 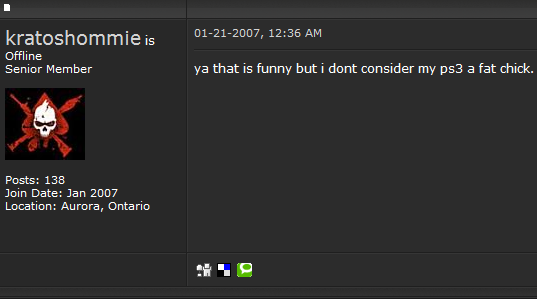 In order to have an opinion on a console your reasoning must be justified by a guy named "kratosshommie". 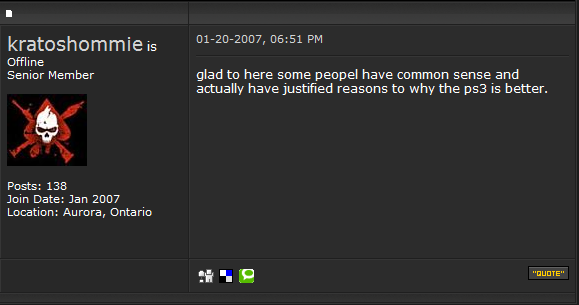 ur such a fukken fag that you can't even afford a PS3 becuz it's been shown dat gay faggets lyke urself have a lower economic status u gay faaaaggg. Now excuse me! *turns on PS3* "RIIIIIIIIIIIIIIIIIIIIGE RACER!"

We've gone over this!