They just keep getting younger and younger. Sigh. Talk about corrupt youth.

You can never accuse a wiki of not being complete, that's for sure.

Imagine these posters as the guys from that Simpsons episode with the college nerds from Homer Goes to College. 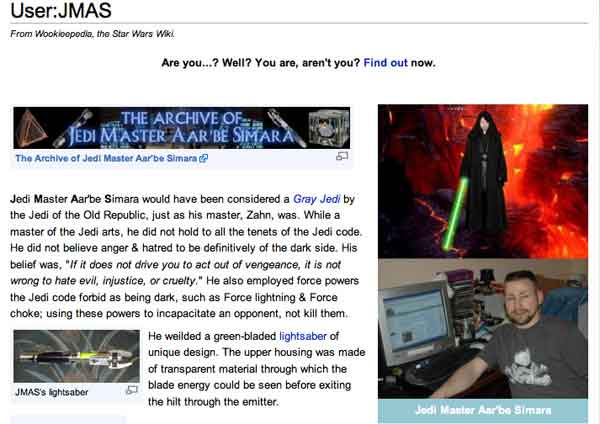 This guy is all things to all Internets.

This user is a Star Wars gaywad nerd boy.

I saw it once but it wasn't Star Wars canon and it was at a Star Wars convention and I was scarred for life.