Remember how on the last episode of Golden Girls it turned out Dorothy was just imagining the other three? Me neither, but that would have been awesome.

Somewhere out there, Rodrigo is laughing, realizing life isn't nearly as unfair as it may seem.

Why does anyone bother drawing themselves as anything other than that bluish-purple Yoshi? That was the best one, it could fly all over the place. Red was second best with the fireballs, and yellow was easily the worst. That dumb stomp move wasn't good for anything. Anyone who'd draw themselves as a yellow Yoshi has confidence problems.

World peace is for suckers.

It came this way with the acne like that, I swear. 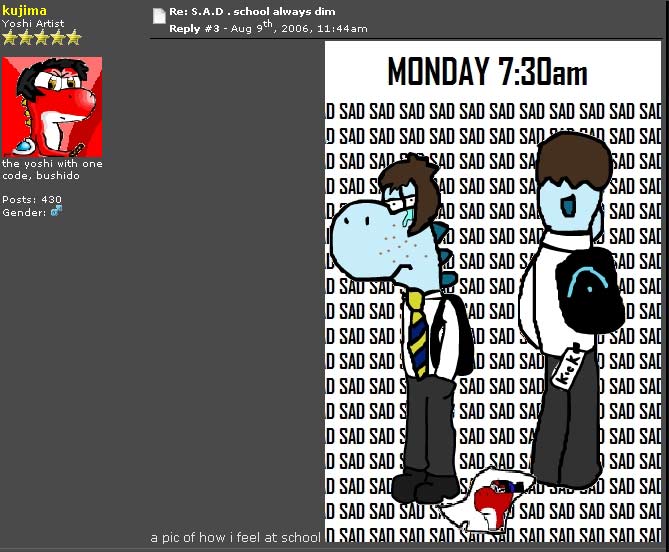