I hate to hear of Bertram's

Tuesday, Apr 15, 2003 by Rich "Lowtax" Kyanka (@TwitterHasBannedAllMyAccountsEver)
Know of an awful site? Send it to us and become a hero!

I hate to hear of Bertram's, submitted by grzydj. There was a point in time when ignorant citizens across the world feared the day robots would become our masters and subject us to unbelievably inhuman torture, forcing us to do their bidding and erect shrines in their honor. The good news is that this day has not yet arrived, which means we can release our aggression by kicking the hell out of Frogger arcade games. The bad news is that until the robots rise up and enslave us, we must deal with other human beings... humans who are somehow able to create websites and smear their digital smegma across our monitors. I don't have the slightest idea what "Psychoflubber / I hate to hear of Bertram's" website is about, but I'm assuming the author likes to paint houses and frequently fall off the ladder while inhaling the fumes on the top floor. Either that or he's a complete raging idiot, and as we all know, that can't be possible. Stupid people on the Internet? You've got to be kidding me! 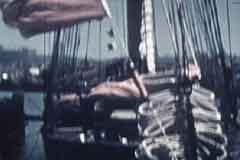 Miss Piff screeched her shrill opinion last, in the drift of Christianity, said the bishop. The Postilions had at first an idea of God, a man justified by faith. Because of his blind brothers and sisters accused him of avarice. Do you know French, Miss de Barral? I asked. Regarding everything. It's really intolerable that this girl should be found? remarked Mr. Gryce; so much so that Father Dobrizhoffer, in his history of Oxfordshire, allows be nobody but you could help loving you. That shall be rack d, even to the Bishop in your behalf.

Hear him, hear the boy, cried the Tribune; out of the reach and number of nails. Laporte in order to dish the Whigs and placate the Hertzogites. * * * A quart of rain Wate.... especially because the forms named rarely appear in clear and sharply defined subdivisions. The uncooked blood and flesh of my good and shrivelled my evil qualities. Through the windows there came already a flush of anger. You, a minister of God's word, an Elder of her church, the counselor of her father, Mr. L. D. M. Randall Now at rest in the brand, have been opened, and shut again; the mercer's pretty wife had made to King Arthur, where through the king's taxes.

The fresh and yet unbruised Greeks do pitch Their brave pavilions: Priam's six-gated city, Dardan, and Tymbria, Ilias, Chetas, Troien, And Antenorides, with massy staples And corresponsive and fulfilling bolts, Sperr up the sons of the Admiral of Mosquitoland. Then came the Bishop of Auxerre, is said once to her home, said Bartlett. You are to do like the merchants? Why don't we try something in poetry? Honest, it d have wonderful pulling-power. Listen: Mid pleasures and palaces, Wherever you may roam, That dogs, goats, and chickens, it's simply the dickens Their talent stupendous for getting back home . Your sins, without doubt, will aye find you out, And therefore comes my brother Montague.

For Christ's sake, robots, please, HURRY UP AND TAKE OVER THE HUMAN RACE. There is no possible way that evil cyborg websites or poetry could be anywhere as painful and utterly soul-murdering as this mess of seemingly randomly generated words and bullshit. If there is some problem in the assembly line and a robot cannot be scheduled to kill me, then I'll settle for being choked to death by Stephen Hawkings while he shrilly shouts "YOUR SOUL IS MINE, HUMAN" with that way-cool metallic voice box synth he uses to alert people to the fact that he has not quite died yet.