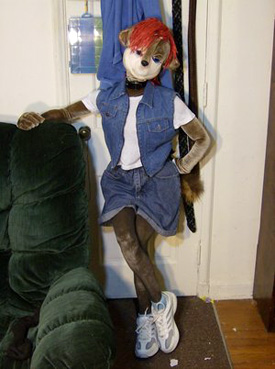 This is "Sally." Sally is not a girl in a fursuit, but instead a life-sized plush doll. Are you picturing the sort of person who would home-craft such a thing, and furthermore would invest the emotional energy into making it a companion? 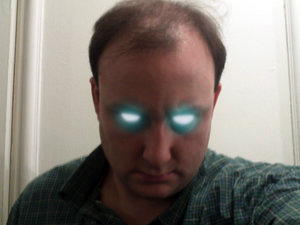 This is that person. So it appears this is just another real-world variation on Lars and the Real Girl, in which the "real girl" is more furry than inflatable, and the "Lars" is definitely not Ryan Gosling. But what if that's not the whole story? What if this man -- let's call him "Gradendine" -- built Sally out of human bones? 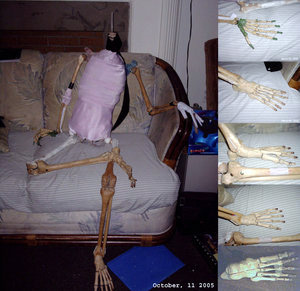 Gradendine actually made Sally's skeleton out of wood, because, in his own words, "using real bones would be sooooo many levels of creepy." Whereas building a life-sized female plush doll and outfitting "her" in a bikini is only, like, three levels of creepy, tops. 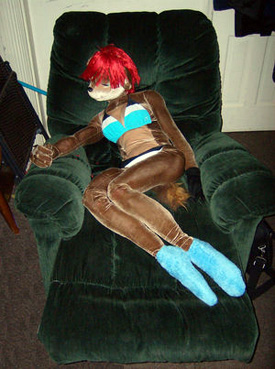