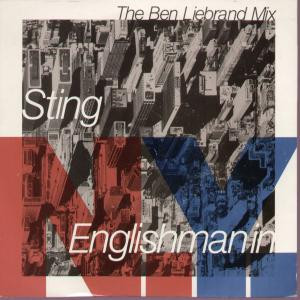 Born and raised on an Indian reservation, I've been asked a few odd things over the years. Aside from the usual quips about peace pipes, fire water, rain dances, and scalping (they never get old or funny), some of the more common questions include:

"Do you eat buffalo?"

"Why are all these houses here, where are the teepees?"

"You have a car? I thought you all rode horses."

"Do you really eat dog?"

"Is Geronimo still around?"

And my personal favorite, "This can't be Fort Apache, didn't John Wayne burn it down?"

I'm pretty sure that last one has something to do with an old movie. The thought that someone mistook an old western film for a documentary makes me chuckle.

My father told me a great story from his vacation in France in the 70s. He was on a tour with a lot of Texan businessmen who were load and rowdy and generally ignoring the tour guide. They came to a smaller replica of the Statue of Liberty, at which point they all went quiet and one of them yelled "Those frogs will copy anything!"

On a plane out to Las Vegas, I heard a guy a few rows back explaining to some fellow tourists the "real" deal about Area 51. He did have a lot of his facts straight, like how there used to be an observation point but they moved it back, the roads to get there, how close you can get, and the security measures that stop tourists. It was actually interesting to listen to for a while, but nothing you wouldn't hear in a Discovery Channel special about it, which is probably where he got most of his information.

But then he goes on this tangent about how there are two main bunkers, one for experimental military aircraft (likely), and a second where there are eight UFOs (uhh). Seriously, EIGHT? Yes, let's come up with a specific arbitrary number to make the conspiracy theory more credible. It immediately went from "cool stuff about a real place" to "making shit up". To me, it's worse than being the ignorant type of tourist, because you put on the air that you know something, then get people to buy whatever crap you want to put in their heads.

I can't forget the discussion overheard on a tour of Villa Adriano, where a group of fellow Americans were complaining about how the pizza in Rome sucks and Pizza Hut is 1000x better.

Whilst on Safari in the Masi Mara, a group of vehicles were surrounding a leopard, but it wasn't budging, just sleeping against a rock and not being very exciting. Fair game I thought. However one car of Japanese tourists did not agree, and drove very close to its personal space.

The next thing I know some women in the car is standing up trying to converse with the cat, saying "Meow" and whatnot.

I felt a bit like a stupid tourist myself once, on holiday in Kenya. I'd been trying to learn a little Swahili, enough to say yes, no, please, thank you and so on. There were lots of geckos around the hotel, and we would watch them scampering across the walls and ceiling in the bar in the evening.

I asked one of the Kenyan waitresses what those reptiles were called, hoping to learn an interesting Swahili word for "gecko".

She shrugged and said "We just call them little lizards."