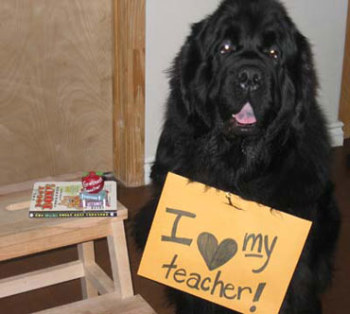 In middle school we had this Native American come in for a school assembly and tell us these really sad stories and play some songs. During one song, which I remember being a particularly depressing number about children starving on the trial of tears, this dumb bimbo head of the cheerleading team/teacher starts to joyously clap to the beat of the song. She's all smiles and sunshine clapping along to this depressing solemn song, obviously completely oblivious to the lyrics or ANY of the history of what he's talking about. It was pretty embarrassing, but then she stood up and started to encourage everyone else to stand up and clap. Well don't you know about every single oblivious retard (at least half the school, but at least they had the excuse of being middle schoolers), other equally oblivious teachers, and of course the whole cheer squad all stand up to clap, hoot, and holler in the most inappropriate displays of "school spirit" I have seen to this day.

Well now the Indian is getting pretty visibly upset and asks us to stop clapping in between verses. Everyone stops, but then that same goddamn teacher decides that this song is just too damn happy and that its message (which I doubt she comprehended in the least) was worth destroying for the sake of "school spirit". She starts to fucking clap again. In a horrible sight, more sad then cliche, the Indian sheds a single tear, puts away his guitar and leaves. So obviously the assembly is over, since we so horribly offended the speaker he had to leave. At this point a very angry blind teacher goes onto stage and just rips into us, yelling everything that I was thinking in my head about how inappropriate it was to clap when he said not to and whatnot. But she's fucking blind so she didn't see that it was the goddamn TEACHERS who started it both times, granted there were plenty of jackass kids doing it, but they were just dumb middle schoolers following the teachers actions. We ended up having to all write papers on how terrible and disrespectful we all were.

"Your art is too 'commercial'. Draw something different!"

I was in the third grade, happily covering a piece of paper with a bunch of interconnected, colored circles.

"Babe Ruth was an important figure in baseball because he was the first Negro player."

My 7th grade band teacher showed us some made for TV movie on a famous musical act. He introduced it saying, "This group changed the face of music. Everyone listened to them while they were still together. The singer's death was like JFK's, everyone can remember where they were when it happened." He then proceeded to cry just thinking about the group.

That group? The Carpenters.

My Earth science teacher in my senior year of high school very bluntly told the class that there were no other planets outside of our solar system that we knew of.

The worst part was, this was basically a blowoff class, so everyone else believed him while I cried in my head.

Scientists drilled a whole all the way to the center of the earth, ran a microphone down there and heard people screaming, so that means hell is real.