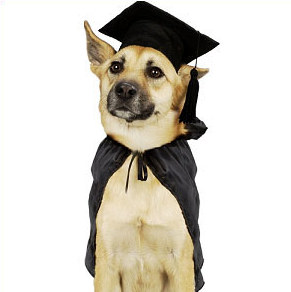 "Pollution is good for you."

He was a huge Republican/Nixon fan. I guess he was convinced we will build up some sort of immunity to the harmful effects of pollution if exposed to small amount at a time? He didn't really even explain his statement though.

Our headmaster told our whole assembly that we should have the moral courage to say no to drugs. Cue a double page spread of him doing cocaine off hookers' backs in the Daily Mail.

My dad had a teacher in high school that said the Spanish Armada was a single massive ship.

My junior high Bible teacher told us of how God, or more specifically, the Holy Ghost came to her and told her to murder her abusive, drunk of a husband "in the name of the Lord."

She was in the kitchen being a good homemaker in the name of the Lord when he stumbled in late at night (6PM) reeking of "what I think was rum and coke." He said something to her but his speech was so slurred she couldn't understand it. This is when the Holy Ghost appeared outside of the kitchen window and spoke to her.

"He is speaking in Satanic tongues and you are a good Christian woman, that is why you cannot understand him. But, I am displeased with you for putting up with such a heathen of a man and it is time that you took action in the name of the Lord."

This is when the Holy Ghost glanced towards the chef's knife in her hand. She turned around to face her husband and brought the knife into the air when suddenly:

"In the name of the Lord, put down that knife!" Her husband cried out. But, how could this be, we said? She explained to us that the Holy Ghost had inhabited the body of her drunk husband.

"You have proven yourself to be a Godly woman and it is now that I task you with saving this wretch of a man."

She swears she saw the ghost then exit her husband and fly away. The husband began to cry, and then she began to cry, all in the name of the Lord. The next morning they went to church and the husband was so moved that he went up during the altar call and was saved on the spot. They lived happily ever after for about 6 months until he cheated on her or something and they got divorced.

And that's how a crazy lady told 30 8th graders how she came this close to murdering her husband, in the name of the Lord.

In fifth grade I had a teacher who was convinced that kids with glasses had to sit in the front row because their terrible vision prevented them from seeing the blackboard. Never mind that the glasses corrected their vision.

A few days ago, my differential calc professor decided to enlighten the class on the origin of the supermassive black hole in the center of the universe.

Apparently, in the beginning, God couldn't create the universe without matter already at hand to work with. He couldn't create matter from nothing, that is. So God reached into the future and "borrowed" matter to create the big bang. Black holes are a result of that borrowing.

He also frequently tells us what a load of shit global warming is and how high levels of greenhouse gasses are beneficial to the planet.