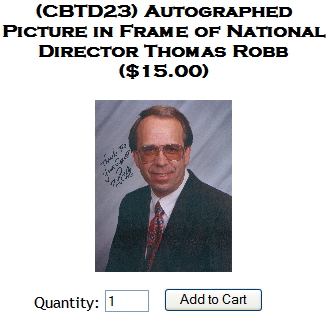 My grandmother used look and my curly hair and ask "Where did you get that Jew hair?"

Must have been the mailman, grandma.

My grandfather, at a Chinese restaurant once, stared down our waiter after he took our order, until the waited walked away, scared looking. I turned to my grandfather and asked him why he did that, and his response was "You gotta be stern with the chinks".

My grandpa is unintentionally racist because the socially-acceptable-word part of his brain seems to have shut-off some time in the early 50's. He had a nurse who was either Thai or Filipino. He spoke to my mom on the phone while he was on vacation and said, "I'm going to buy her a souvenir. I'll get her something shiny; they like that kind of thing."

I work at a sandwich shop.

I was making sandwiches while an African American fella named Jamal was working the register. A police officer came in and ordered a ham sandwich (ha ha) and Jamal rang him up and walked away to get a soda or something. As I was making the sandwich, the cop dropped this bomb on me:

"Better keep a close eye on the register, huh?"

I asked him what he meant, just to make sure he was being racist, and he just looked at me and winked.

Yo, fuck the police.

Oh- another ridiculous story, from back in the day:

I was on a travelling little league baseball team, and we often went to tournaments in very small towns (I am from Iowa). At one, the umpire would pretend to cough and instead say "nigger" every time my black team-mate came up to bat, loud enough that we could hear it from the dugout. This was when I was in 6th grade, and the umpire was probably in his 30s. Eventually, my team-mate called time-out and yelled "This guy keeps calling me a nigger" to our coach. My team-mate was ejected for foul language.

I was interviewing for a position as an adjunct lecturer at a very shitty local college, and the interviewer was explaining to me that the job was non-contract and paid per individual course, and that "we make sure to get you squared away with payroll two weeks before the term starts so you don't get Jewed out of a course".

I, being Jewish, was utterly appalled, and my mouth involuntarily dropped open. The interviewer turned red and stuttered out an apology, saying that what she said was incredibly unprofessional and that no anti-Semitism was intended. She also assured me that, regardless of my religion (I had not given her any indication that I was a Jew other than being appalled), I would be considered for the job on my merits alone. Thanks, lady, I'm glad that I live in a day and age where my natural Jewish inclination to rip people off won't stop me from getting a job.