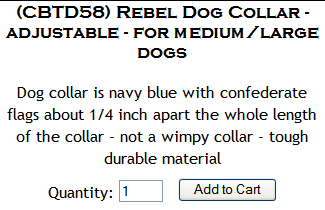 When I was in police academy in central Florida, the instructor told us "You can't look Hispanic people in the eyes. They're like dogs: it's a sign of aggression, and they'll attack!"

Growing up my Grandfather told me that Ramadan was the Muslim Holy month where men shit in their pants to "find the seed of Allah" to stick inside a woman and impregnate her with.

I remember my grandpa saying while he was in a nursing home for all of us to be really nice to the nurses, even the colored girl. Funny thing is that the nurse he talking about wasn't even black, she was some college aged cheerleading type with one of those ridiculously dark tans. I had a good chuckle about that.

My grandparents are definitely racist. My father probably a bit. It's fucking appalling.

We were going through some old family photos and there was a picture from the 60's of my dad during Halloween. Aw, look at that, all cute and young. But why is he black? Oh, they dressed him up at Aunt Jemima. A dress, headscarf and shoe polish for blackface. He was so black it was ridiculous.

This was recently brought up at a family gathering and nobody blinked, nobody flinched, they all found it absolutely hilarious. Grandma says "I wonder who's idea that was!" and grandpa just chuckles like the old racist fuck he is over on the couch.

I'm British and my Dad's a baby boomer. I mentioned that I fancied this smoking hot British/Pakistani Muslim girl at work.

He basically told me not to get involved with Muslim girls because their brothers would honour-kill me. Also the whole "Have you seen what they turn out like in old age??"

I was at a Graduation party at a friend's place. He's white, and so is the rest of his extended family who were there. There were like 5-6 kids there, all either look Chinese or Indian, and none of my white friends had shown up yet. His grandparents take a look at us and they go upstairs. They later ask him where his "American" friends are.

All of the people mentioned are US citizens.

Deep down I believe the people of the world can get together and realize that it doesn't matter where you come from, the most important thing is that America is the best country. Perhaps one day that message of tolerance will sweep around Thanksgiving dinners worldwide. Thanks to the morality enforcers known as the forum goons for contributing this week, I think we've all learned an awful lot. Next week's Goldmine will be "funky fresh" so don't be "trippin' homie", check it "out" right here next Tuesday, or "T-Dizzle" as these people call it.