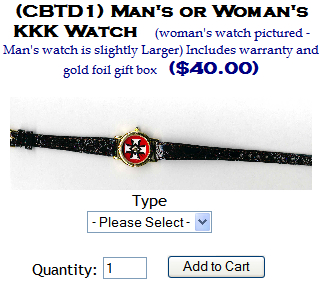 Once I was talking to a black friend of mine at work about swimming. I asked him if he liked swimming and he laughed derisively and said, 'Swimming is white people shit."

Once, having lunch with my great grandmother at Pizza Hut she noticed a mixed race couple and their kids eating in a nearby booth. She then blurts out:

"Oh look, that nice man took that nigger woman and her kids out for Pizza! How nice!"

A lot of the homeless guys I cook for won't eat rice because they don't care for Asians too much. One went so far as to tell me "Maybe if you stopped cooking fuckin' rice, the chinks would go back home!" I couldn't help but laugh.

I got into a pretty heated argument with a girl in my Government class after I called Kofi Annan black. She told me to say 'African-American', to which I responded "You're fucking dumb as hell." Which prompted righteous indignation on her side, and of course a couple of her friends stepped in to call me racist.

My best friend's girlfriend once said:

"I'm not racist, but its just a fact that black people commit more crimes. And when they get out of jail they just commit even more crimes, usually violent ones. They should just all get life sentences."

Yeesh, how do I respond to that?

I remember the time when we were on vacation at Disneyland. Some white couple walked up to my dad and asked if he spoke English because they wanted the time. My dad is a trial attorney, has 3 college degrees, and was born in Los Angeles.

We were coming back from university on the train one evening when a casually dressed, sixty-ish English man with an Oxford accent sat across from us. He was very friendly and my boyfriend made a passing remark about Jeremy Clarkson, who was on the front of the street paper the man was reading for whatever reason. The two got in a conversation that went from cars, to British media, to the legal system in the UK, the US and Australia (the guy was an ex-barrister), to terrorism and then to Muslims. At which point this very nice funny man said:

"If I had my way, those dirty Muslims? I would just select them all and hit the delete button."

There was this horrible split second of awkward silence between the two of us - I'm half Indonesian (don't look it, curly hair and pale skin), my grandparents are Muslims and so are many of my other relatives. He then went on to add:

"Oh God, I hope neither of you are one of them. But I guess you can't be, otherwise we'd be blown up now! Ho ho ho ho!"

We just kind of smiled and nodded, thankfully our station was up next so it gave us a chance to run away from an awkward conversation.